Writing in the Australian Financial Review, Liberal Senator for Victoria, James Paterson, explains why Brexit should be used as an opportunity for Canada, Australia, New Zealand and the United Kingdom to form a dynamic and progressive trade bloc encompassing free movement. 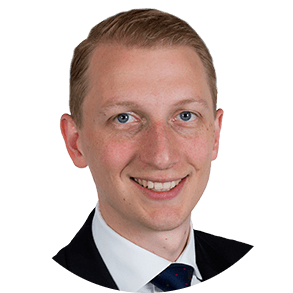 
James is the Liberal Senator for Victoria, Australia


Australia should use the opportunity of Brexit to push for a new Commonwealth trade bloc.

Scoping discussions are already underway for an Australia-United Kingdom free trade agreement, with formal negotiations to begin once Britain has officially left the European Union.

But in addition to a strong bilateral FTA, Brexit provides the opportunity for an even more ambitious and encompassing agreement.

With Australia, New Zealand, and Canada all lining up to sign post-Brexit trade agreements with the UK, we have an opportunity to push for a wide-ranging agreement between all four Commonwealth nations.


The institutional ties that bind

These countries – known collectively as CANZUK – have a combined GDP of $US6.5 trillion and account for global trade of $US3.5 trillion. Collectively, they are the fourth largest economy in the world; behind the US, EU and China.

More importantly, the CANZUK countries share unparalleled political, cultural, and institutional ties based on a shared history, values and heritage. All four countries are parliamentary democracies based on the Westminster tradition; all have common law legal systems; all are members of the Commonwealth; and all have Queen Elizabeth as Head of State.

These shared cultural and institutional ties have helped make them some of the most free and prosperous nations on earth, with the Cato Institute’s Economic Freedom of the World report ranking them as four of the top 10 most economically free economies.


No need for lengthy negotiations

Along with the United States they form the core of the Anglosphere and already have incredibly close military and intelligence ties through the Five Eyes alliance. Adding closer economic ties to this relationship just makes sense.

Unlike the lengthy and often difficult negotiations that are typically required to secure other multilateral free trade agreements, the creation of a CANZUK agreement could be relatively straight-forward. This is because of the similar common law legal systems, but also because the framework for a CANZUK agreement already exists in the form of the Australia-New Zealand Closer Economic Relations Trade Agreement (CER).

CER has been a successful and uncontroversial trade agreement, ensuring continued close economic ties between Australia and New Zealand. It prohibits all tariffs and trade restrictions between the two countries and has measures to minimise market distortions such as export subsidies. It also has the benefit of already being implemented by two of the four CANZUK nations.

Free flow of labour? No problem

Like CER, a CANZUK agreement could include greater rights for citizens to travel, live and work in each other’s countries. This may seem controversial, particularly given the United Kingdom’s recent decision to withdraw from the EU, which was partly a rejection of free movement.

However, polling by the Royal Commonwealth Society has found that the right to work and live in each other’s countries has clear majority support in all four CANZUK nations. The poll found 70 per cent support among Australians, 72 per cent among Canadians, 82 per cent among New Zealanders and 58 per cent among UK citizens.

Clearly visa-free travel is less controversial when it involves countries that share a common language, culture, heritage and economies at similar levels of development. Integration is almost a non-issue.

A CANZUK agreement would also avoid the public resentment created by technocratic organisations such as the EU.

With CER as a blueprint, CANZUK would be based on mutual recognition of goods and services, not the regulatory harmonisation approach taken by the EU. This eliminates the need for an “ever-closer political union” and all the problems it creates. As a result, Australia’s institutions and democratic traditions would be preserved. And as all four CANZUK countries are liberal, market-based societies that value competition, trade and democracy, an agreement between these countries would not only strengthen our national sovereignty and liberal-democratic culture, it would help to promote these values around the world.

Brexit provides a rare opportunity to form a wide-ranging agreement between our closest allies. It’s an idea whose time has come.