Writing for the political commentary website Brexit Central, Jack Powell explains why forming new relations with Canada, Australia and New Zealand will forge a new path for the United Kingdom as it leaves the European Union, and provide young people with opportunity and prosperity in the years ahead. 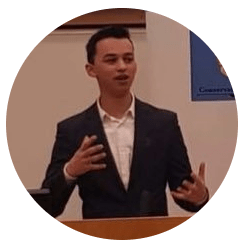 Written by Jack Powell
Jack is the editor-in-chief for the political commentary website, 1828

As I walked through Parliament Square during the recent Commonwealth Heads of Government Meeting, it was evident that there was change in the air; observing the historic flags of the Commonwealth nations felt that, finally, after all those years of neglect, the United Kingdom would no longer be a small region of Europe, but once again a truly global nation, confident in its place in the world.

Overall, the meeting went well; indeed, our position at its apex was cemented with the agreement that Prince Charles would be the Queen’s successor as Head of the Commonwealth. For our economic future, we obtained staunch commitments from Canada, Australia and New Zealand that free trade agreements are ready as soon as we are free to negotiate.

One great opportunity that leaving the EU’s Customs Union presents is CANZUK – standing for Canada, Australia, New Zealand and the UK – a proposed bloc to strengthen ties between countries which already hold so much in common, focusing specifically on three areas: free trade, foreign affairs and constitutional affairs.

Donate
On free trade, CANZUK seeks to establish a dynamical multilateral free trade agreement between the four countries, removing customs duties and other barriers to commerce. You could also include freedom of movement within the group, albeit with an exclusion provision – as already exists between Australia and New Zealand – for those deemed to be a threat to any of the countries’ national interests. So, it would ensure free mobility and economic growth, without jeopardising security.

Indeed, support for freedom of movement is backed by our respective citizens. Polls show that in Canada, the approval rate stands at 76%, in Australia 73%, in New Zealand 82% and in the UK 68%. These figures are unsurprising when you factor in the fact that we all share a common history and culture, close family ties, the same monarch, parliamentary democracy, the rule of law and trial by jury – we are truly a family of nations.

On foreign affairs, in relation to security and intelligence, the ‘Five Eyes’ agreement between Canada, Australia, New Zealand, the United Kingdom and the United States of America – an agreement to share intelligence – has been incredibly effective in the fight against terrorism. It provides a terrific starting point for a more comprehensive alliance for the CANZUK nations.

The third area is that we share so much constitutionally – in particular the fact that we share a Head of State. The monarch, especially the incumbent, Queen Elizabeth II, has played a vital role as a symbol of what we have in common. Indeed, the Crown has been the rock over a long history of peace; the English-speaking countries which have retained the monarchy have been far more successful in maintaining peace, avoiding civil unrest and ensuring equal rights for all than their republican counterparts.

So, for those of us who believe that Brexit will be the making of our nation in the 21st Century, we simply cannot sit back and dismiss the fact that many people, especially young people, do not share that sense of optimism. We must not rest on our laurels, for it is in our interest to persuade people of our case. It is worth pointing out that the opportunities freedom of movement could bring within CANZUK are far greater than the arrangement we currently have with the European Union.

There are, frankly, but a handful of countries within the EU to which Brits decide to emigrate en masse. Indeed, most of the countries are poorer than the United Kingdom and offer fewer opportunities and cultural ties than those of the CANZUK nations. So the argument we must make is that leaving the European Union is not turning our back on the world; rather it’s turning our back on a protectionist and isolationist ideology that has gripped Whitehall over past decades – we are now looking to the world, and the world offers many more opportunities to young people than the EU.

This is why the Government was clear from a very early stage that we were to leave the Customs Union in its current form. That decision makes sense both in principle and practice. Britain, by instinct, history and purpose, has always been a global country with ties to every corner of the world. Yet, until recently, few prominent politicians had been making the economic argument for leaving the Customs Union. Simply put, if we do not leave the Customs Union, an opportunity like CANZUK is left to dust. Indeed, we would be prohibited from negotiating free trade agreements with the rest of the world.

To young people like me, the opportunities from leaving the EU – like CANZUK – should be exciting. This is an opportunity to forge new ties with old friends and new allies, and have a good relationship with the EU too. The simple question is: do young people want a future in which are absorbed by the EU, or one where we are truly internationalist? Do we want free trade agreements with major economies across the globe which will bring down prices in our shops, create more job opportunities and make us – and the poorest in the world – more prosperous? Or, do we want to remain in an archaic Customs Union which strips us of these opportunities?

Brexit was not a decision to turn away from Europe, but simply to incorporate the rest of the world in our future too. That is the dynamic, exciting and liberal Brexit for which I, and many others, fought.