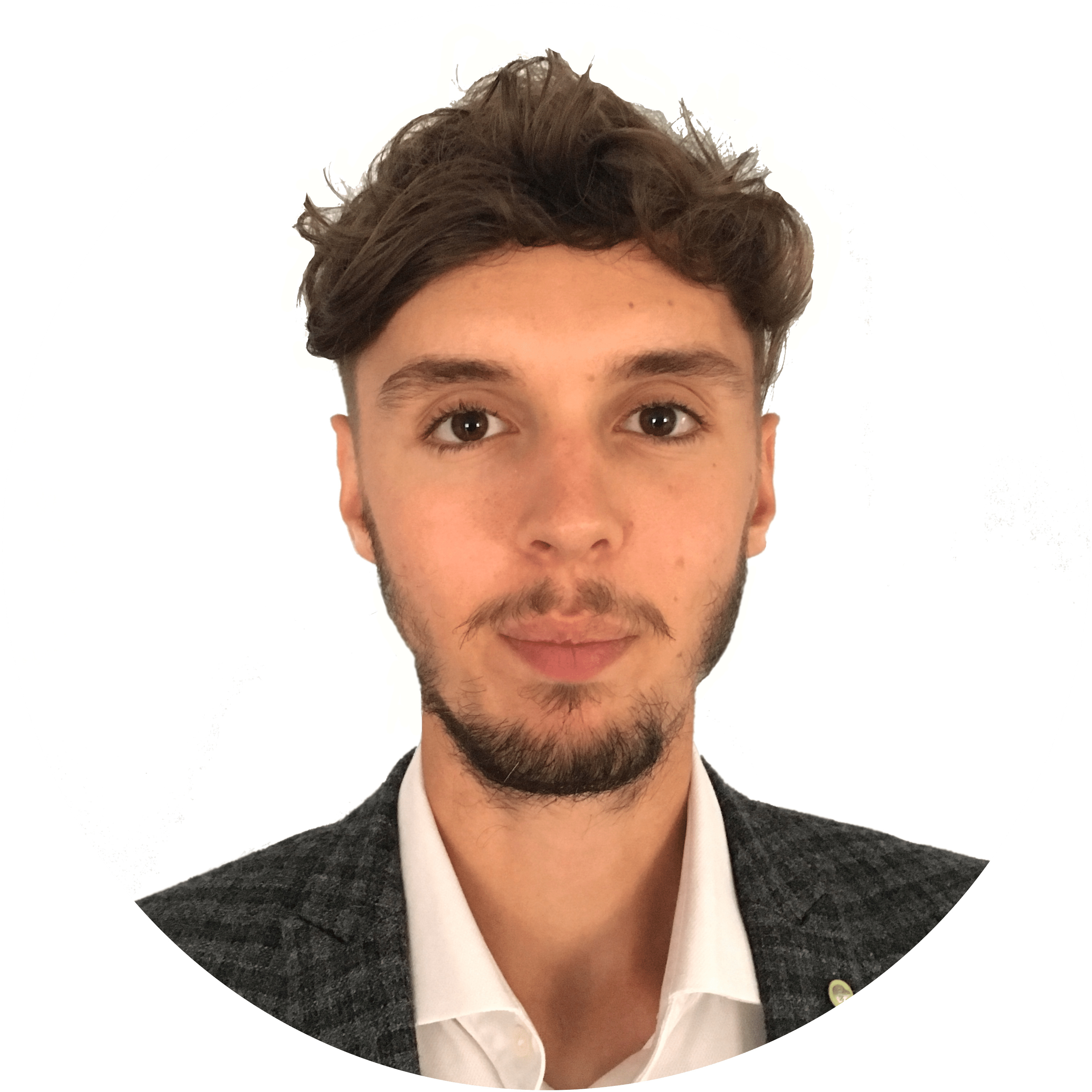 Written by Luke Fortmann
Luke is a Research Associate with CANZUK International based in Nottingham, UK

As proponents of a new and exciting geopolitical union between the four CANZUK nations (Canada, Australia, New Zealand and the UK), we’re very often met with one particular question: looking ahead, who else might be able to join the partnership?

It should be said that a new Commonwealth union would be welcoming of any potential members – with each being considered on a case-by-case basis – and that the CANZUK project is very much a work in progress; always receptive of fresh ideas and potential avenues to explore.

A useful way to begin is by taking a look at the CANZUK countries’ dependent territories, such as Christmas Island, the Cook Islands and Anguilla, for example, which are dependencies of Australia, New Zealand, and the UK, respectively, as well as the UK’s Crown dependencies (Guernsey, Jersey, and the Isle of Man).

Each area would naturally become full members of the new group along with the nations to which they are related. Some advocates claim that these small islands, and their generally sparse populations, are currently under-utilised, and that a CANZUK alliance would offer a tremendous opportunity for their communities to acquire a far more extensive set of rights by becoming equal partners in a union, while shaking off their somewhat colonial tint.

Widening our scope, we arrive at the Commonwealth realms. These realms are sovereign states who are members of the Commonwealth and who currently share Queen Elizabeth II as their monarch, of which, there are 16 including the CANZUK countries.

Donate
Each nation operates under the Westminster system of parliamentary democracy with similar constitutional arrangements, and so would align fairly comfortably with respect to law and regulation. The group is close-knit, having been described as an ‘achievement without parallel’ in international circles.

Although the rest of the realms are far less developed than their CANZUK counterparts, and while the new partnership wouldn’t act as a sort of transfer union, they would still enjoy a huge range of economic benefits. Unrestricted work and travel, as well as increased investment in transport and communications infrastructure, would make these tropical environments rather more attractive to potential tourists and retirees.

However, the disparity in wealth could prove problematic. It seems obvious that, for the most part, states entering into any kind of trade and travel arrangement would have to share roughly equivalent levels of prosperity.

According to IMF data, of the CANZUK countries, Australians have the highest GDP per capita at $58,940, with Canada coming in second ($47,660), followed by New Zealand ($44,070), and finally the UK ($40,030). Even though there’s significant space between the top and bottom, with Australia’s GDP being almost 50% higher than that of the UK’s, each nation is still floating around the same economic mark and would certainly be considered as advanced economies. Australia and New Zealand maintain a similar gap, but their longstanding Trans-Tasman Travel Arrangement functions well.

The remaining realms paint a different picture, the richest of which is The Bahamas ($25,270), followed by Barbados, Antigua and Barbuda, and Saint Kitts and Nevis who all reside around the $18,000 mark, with most of the rest barely reaching $10,000. Sometimes pointed out is that the EU allowed the accession of states such as Bulgaria which, with a GDP of $8,700, is comparable, or, in many cases, far lower, than the places just discussed.

But, whether founded or not, the notion that free immigration was causing problems for the UK was undoubtedly a primary motivation for its departure from the European Union. A CANZUK union would seek to avoid such issues by moving slowly and steadily with the original four members, providing economic assistance to the realms before allowing their eventual membership.

Early admission of the realms also poses a few further concerns, one being security. According to UNODC figures, Canada, Australia, New Zealand, and the UK have a homicide rate (per 100,000 people) of 1.68, 0.98, 0.91, and 0.92, respectively. Such a rate stands in stark contrast to Jamaica’s 43.21, for example, the fifth deadliest country in the world.

Belize (34.40) and Saint Kitts and Nevis (33.55) offer similarly shaky numbers. For this reason, free movement would very likely be unacceptable for the CANZUK nations, even from the more affluent regions like The Bahamas, which still retains a sky-high 29.81.

Additionally, it’s been noted that, particularly concerning the more populous realms such as Jamaica and Papua New Guinea, immediate free movement would generate a rush of emigrants who may be poorly equipped for employment in the CANZUK countries; while at the same time enticing the more skilled minority away from their homeland in search of better-paying positions in the richer nations, ridding schools and hospitals of vital staff.

With our original four members, there’s no reason to think that migration would be skewed in any particular direction.

Instinctively, the next place to turn is to the Commonwealth as a whole. Broadening our vision in this way does present some of the same issues, as well as some new ones. A complete Commonwealth union would of course be dominated by India, with a population of over 1.3 billion, along with Pakistan (193 million), Nigeria (186 million), and Bangladesh (163 million) who would dwarf the CANZUK countries in terms of inhabitants, rendering them merely minor players.

The gap in wealth is again an issue; Bangladesh’s GDP is only $1,660, creating the same problems as before. Also, while slightly more statistically comparable, Nigeria’s homicide rate needs a lot of work at 9.79 per 100,000.

A further concern, and no doubt the most pressing, is that a union involving most or all of the current Commonwealth would be a political impossibility, with almost every country having broken off colonial ties with the British in order to achieve their independence, which says nothing for the relationships between some of the nations (India and Pakistan or Bangladesh and Pakistan, for example). Of course, it would be entirely possible for individual Commonwealth countries to make a solo membership claim.

When weighing up the potential barriers to entry that many of these Commonwealth countries have, we’re often confronted with the challenge that this new alliance is concerned only with nations that are populated by white folk. Such criticism is fairly lazy and can be easily dealt with. Firstly, as we’ve just seen, there’s absolutely no reason why these countries couldn’t join in the future, so long as efforts were directed at bringing them up to par in the ways just discussed.

More importantly, when factoring in immigrants and indigenous communities, CANZUK have significant non-white populations. Canada, for example, has a minority population of around 27%, according to its most recent census, while over 26% of New Zealand is home to people of Māori, Pacific and Asian origin.

CANZUK’s workability is largely based in the relative homogeneity of each of its states, so it makes sense to quickly skim over European countries, as they’re obviously pretty similar too. Plainly, the CANZUK option is only now available to the UK as it has left the EU. The European Union Customs Union prevents member states from negotiating their own trade deals, and so the CANZUK partnership as we know it wouldn’t be able to occur. As a result, countries who are now members of the EU would evidently have no place in this new coalition.

Next, and rather more audaciously, we can deal with one final proposal: The United States. Making up the bulk of the Anglosphere, the USA shares deep political, cultural, diplomatic, and military-related affiliations with the CANZUK countries. CANZUK and the US also make up the Five Eyes Intelligence Alliance. When it comes to free movement, the US is a hugely popular destination for expatriates, and all of CANZUK have a generally positive view of the Americans.

According to a series of Pew surveys from 2017, each population has a far greater proportion of citizens who view people from the USA as favourable as opposed to unfavourable. Australians are the biggest fans with a favourability score of 75%. Also, as Brexit nears and new alliances need to be forged, the UK could use the union as a means of breathing fresh life into the often tumultuous Special Relationship.

Nevertheless, admittance of the United States would bring with it numerous issues, the most glaring of which is its size. In a similar way to the Commonwealth countries mentioned above, the US would dominate a new partnership, centralising even more power in Washington. The beauty of a CANZUK union is that political clout can be spread across the globe, with each nation taking up a more or less equal role.

Further, free trade with the US may generate concern. Perceived as far laxer with their standards and regulations than the CANZUK countries, the United States may be met with political hostility if it were to form part of a CANZUK group; post-Brexit, noises to this effect have certainly been made in the UK. For these reasons, amongst many more, it would definitely be better for the USA to instead remain a close collaborator, and occasional competitor, with CANZUK.

All in all, while some of the future membership candidates do carry some weight, it should be pretty clear that the original CANZUK coalition is by far the most practical place to begin. The innumerable similarities between these four countries is really where the magic of this movement will happen.

At first, the project will be challenging enough, and caution will be required. Having said that, and as previously mentioned, CANZUK’s immense potential truly knows no bounds, and, down the line, further options can always be explored.