Writing for the British think tank, The Bruges Group, Gary Robinson explains why a CANZUK alliance between Canada, Australia, New Zealand and the United Kingdom is a progressive step for diplomacy, immigration and trade in the 21st century. 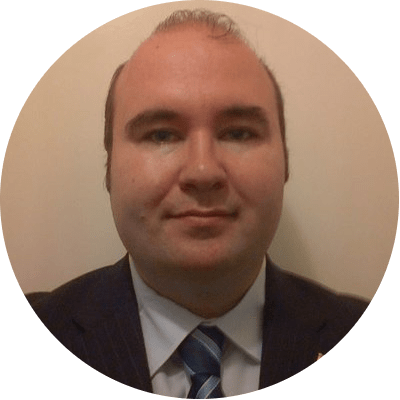 Written by Gary Robinson
Gary is a political commentator and analyst based in North-West England, United Kingdom

The grand idea of a continent-spanning ‘CANZUK’ alliance between Canada, Australia, New Zealand and the UK has been discussed by politicians and journalists for many years.

As historian and journalist Andrew Roberts wrote in 2016:

“Much more unites than divides the CANZUK countries, and were it to become a Union, it would immediately become one of the global great powers alongside America, the EU and China. It would be easily the largest country on the planet, have a combined population of 129 million, the third biggest economy and the third biggest defence budget.”

Brexit (the UK’s decision to leave the European Union) gives the UK the opportunity to finally make this vision a reality. In this article I will discuss how CANZUK would be a mutually beneficial grouping that would help its members address the challenges of the 21st century and help deliver prosperity, opportunity and safety for its 132 million citizens.

Donate
Cousins across the seas

As journalist Andrew Lilico wrote in 2017:

“There are 1.3 million UK ex-pats in Australia, 670,000 in Canada and 310,000 in New Zealand. That is 2.3 million UK ex-pats elsewhere in CANZUK (about 45 per cent of all UK ex-pats), nearly twice as many as in the EU27 and three times as many as in the US — even though the population of the US is more than five times that of CANZ. Of 600,000 New Zealanders living abroad, around 90 per cent live elsewhere in CANZUK. For Australia, the figure is about 22 per cent, with the UK as the single largest destination…for geopolitical partnerships to last, a common sense of “us” is vital. CANZUK has that. That is the most basic reason why it will work”.

How realistic would such an alliance be? I would argue that it would be both achievable, and possible to establish within a short space of time.

The CANZUK countries already work together closely. All participate in the “5-Eyes” intelligence partnership. The ‘FVEY’ countries are Britain, the US, Australia, New Zealand and Canada. All co-operate on crime prevention via Interpol.

All are part of the Commonwealth of Nations and recognise the same Monarch and Sovereign: Queen Elizabeth II. We share similar parliamentary systems and laws. In addition, Canada and the UK work together as founding members of NATO.

Given the pre-existing close relationships between the CANZUK countries, their advanced co-operation in many fields and long-established bonds of friendship, I believe that all the necessary elements for a new CANZUK alliance are in place. We need only to grasp the opportunity.

What form would this take?

There are many forms that a CANZUK agreement could take and obviously it would be subject to negotiation, but this is how I envision such an alliance. First, the CANZUK union should be based on the principles of Intergovernmentalism, not Supranationalism. Each member would have a veto in all areas, and decisions would be taken after intense debate and unanimity. Its charter could place specific limits on its powers and the number of civil servants it could employ; to prevent it becoming a bloated bureaucracy.

The CANZUK alliance could contain the following elements:


What can the UK bring to the CANZUK table?

Several countries, including Australia, New Zealand and Canada, negotiated the Trans-Pacific Partnership (TPP) in 2015. This deal was dealt a serious setback however, when US President Trump pulled out of the proposed agreement in 2017 by executive order. Since then, the remaining states have relaunched the initiative under the new name Comprehensive and Progressive Agreement for Trans-Pacific Partnership (CPTPP); but this has yet to be ratified.

Since CANZUK would involve only four countries, it is possible that a CANZUK deal could be signed, sealed and ratified before all 11 TPP countries ratify CPTPP – if it ever is.

The UK made the right decision when it voted to leave the European Union. But make no mistake, the UK is now entering a radically different world from that which existed in the 1970s before we joined the EEC.

Alongside the perennial threats of pollution, crime and hostile nation states, the new threats of cybercrime and cyberterrorism, Isis/Daesh and other radical groups have emerged.

Given the rise of China as an economic powerhouse, the unpredictability and protectionism of the current US administration, coupled with the even greater unpredictability and danger posed by Putin’s Russia, it would not be sensible for the UK to ‘go it alone’ in the world.

CANZUK represents a massive opportunity for its potential members, and we must seize the opportunity now, before the opportunity is lost. Either we shape the 21st century together or we will be side-lined by China and the big trade blocs. Let’s unite and thrive together.