Writing for The Financial Post, the UK’s Secretary of State for International Trade, Dr. Liam Fox MP, explains why the UK and Canada have a significant opportunity to build a unique trading partnership in the post-Brexit era. 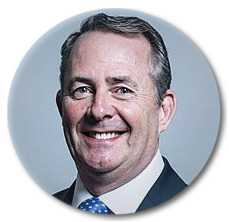 The Atlantic Ocean’s vast distances have never stood in the way of the friendship between Canada and the U.K.

It took John Cabot 34 days to cross that ocean to Newfoundland — and there are 5,700 kilometres between Toronto and London. However, this distance is becoming ever more trivial.

Today it takes fewer than eight hours to fly between them. Whereas once a message had to travel at the speed of a horse and a sailing ship, the information revolution means that the equivalent of thousands of books can be pinged between our two continents in seconds.

The direction of travel is clear. The trade of the future will be much less defined by geographical barriers — or even the physical exchange of goods. We live in an emerging-knowledge transfer-based trading world in which an engineering report, a 3D-printer design, or new advances in machine learning are as valuable as the contents of a cargo container. The transfer of services and expertise in such things as product design and software coding — areas that thrive in both Canada and the U.K. — are becoming ever more important.

Donate
This revolution continues to transform our world at a staggering pace, with the system of free and fair international trade that underpins it lifting millions out of poverty. But sadly, this is increasingly at risk. Tariffs and barriers to trade going up between the United States, the EU, China, Canada and Mexico are a serious threat to global growth. So, as I visit Canada this week, I want to make it clear that the United Kingdom is, and will remain, an unequivocal supporter of international free trade, open markets and a rules-based system focused on WTO.

The U.K. is a firm ally of Canada’s and will work alongside you, both inside and outside the WTO, to resolve those disputes with third parties that threaten our mutual prosperity. In the future, the best model to defend that prosperity will be based not on territorial groupings, but on alliances of those nations that are committed to free, fair and open trade. There are thousands of transatlantic projects that make it vital for both our countries to advance this agenda, ranging from such large firms as Rolls Royce, boasting four facilities in Ontario alone, to small companies like Arrugio, a U.K. firm that recently set up its first Toronto office to tap into the city’s expertise in driverless vehicles.

These firms are part of a transatlantic network of high-tech trade and investment that will help to secure jobs and prosperity for the future. To thrive, they will need a strong alliance for free trade between what are the world’s fifth- and tenth-largest economies.

This builds on our bonds of friendship, our shared values as well as the unprecedented co-operation between our two governments, highlighted by the agreement last September between our countries’ prime ministers, Theresa May and Justin Trudeau, for a seamless transition to a new bilateral trading agreement after the U.K. exits the European Union.

For the first time in four decades, the U.K. will be able to pursue an independent trade policy, allowing us to renew and strengthen our relationship with key allies like Canada. This opportunity — and the information revolution that continues to reduce the geographical barriers between us — gives Canada and the U.K. the chance to build a unique partnership, standing shoulder to shoulder in an uncertain world and defending our prosperity against the siren song of protectionism.

With a strong alliance, new technology and bold leadership, Canada and the U.K. can work together as never before to build a better world.