Australia’s newly stood up space agency has announced the signing of two agreements with counterpart agencies in Canada and the United Kingdom. 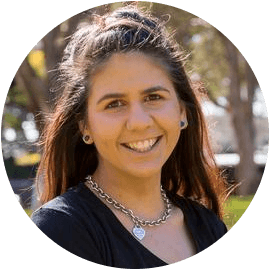 Written by Asha McLean
Asha is a communications major and a journalist with ZDNet based in Sydney, Australia.

The Memorandums of Understanding (MoUs) were signed between the Australian Space Agency, the Canadian Space Agency, and the United Kingdom Space Agency, with the three-way deal expected to help the nations develop their respective space programs and take advantage of the global industry.

“Forging international partnerships is vital to building Australia’s space industry and ensuring our businesses can compete on the world stage,” Minister for Industry, Science and Technology Karen Andrews said Wednesday.

“These agreements with counterpart space agencies in Canada and the United Kingdom will increase opportunities to work together and share information, technology, and personnel between our nations.”

The signing of the new MoUs took place at the International Astronautical Congress (IAC) being held this week in Bremen, Germany. The IAC is an annual meeting of international space agencies and industry.

Donate
The federal government announced during the 2018-19 Budget that it would be committing AU$41 million to the creation of the Australian Space Agency.

After officially launching the initiative with an initial AU$15 million in funding to “kick-start” its investment in May, the government announced the agency would be led by former head of the CSIRO Dr Megan Clark for its establishment and first year of operation.

Clark said the signing of the agreements represented the start of the Australian Space Agency’s journey with fellow spacefaring nations.

“These signings provide a further positive contribution that cooperation in space science, research, technology, services, applications, and international governance can bring,” she said.

“Growing existing relationships with the United Kingdom on the likes of CSIRO’s NovaSar satellite project, Airbus’ Zephyr solar-powered unmanned aircraft, and Canada’s cooperation in Earth Observation with Geoscience Australia provides more opportunity to jointly identify projects like these that can be supported and developed in both countries.”

CSIRO Futures, which is the strategy advisory arm and a partner of Australia’s national science agency, recently produced a new roadmap helping to determine the direction the country’s space industry should take, highlighting that it isn’t just about putting people on the moon, rather the commercialisation of all things space.

The space agency last week signed a statement of strategic intent with European manufacturing giant Airbus Defence and Space SAS. Airbus has had a presence in Australia for around 25 years, supplying mostly earth observation satellite imagery.

Airbus in June selected Wyndham airfield in Western Australia as the first flight base for its Zephyr solar-powered unmanned aircraft.

Along with military operations, Zephyrs can be used for precision farming guidance, environmental and security monitoring, and to provide internet coverage to regions of poor or zero connectivity, a statement from Minister Andrews explains.

The announcement was followed by Gilmour Space Technologies also last week securing AU$19 million in funding from CSIRO’s Innovation Fund to develop low-cost launch vehicles to put small to medium-sized satellites into low earth orbit. It is expected Gilmour Space will soon be capable of launching satellites for both commercial and national benefit.