CANZUK International’s lead researcher, Charles Marsh, explains why CANZUK is not just about migration and trade agreements between Canada, Australia, New Zealand and the United Kingdom, but a collaboration of like-minded nations to uphold western values of democracy, freedom and prosperity. 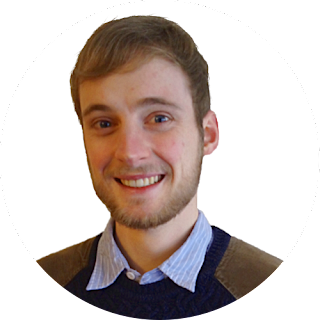 Written by Charles Marsh
Charles is a lead researcher and writer for CANZUK International based in Oxfordshire, UK.

Britain, Canada, New Zealand and Australia all share a common trait; their economies are angled towards international free trade, which is in turn facilitated by the international rules-based order.

As seen by the dangers to the Canadian economy of US trade sanctions, and the predicted dangers to the British economy that may come from a “no-deal” Brexit scenario, just to name a few examples, there are few scenarios where the breakdown of the rules-based international order would benefit the proposed CANZUK bloc.

Their strengths, as previously discussed, lie in their roles within the international community, which itself functions, to the extent that is does function, due to the norms and standards that until recently have been maintained by most nation-states. Those norms are now in danger.

We have seen nations such as the USA break international obligations, nations such as China flout international trade rules, nations such as Venezuela, Hungary and Nicaragua start to reject the basic principles of liberal democracy. The CANZUK nations, despite their strengths, are not a position to survive an anarchic world, one without norms and standards. They depend on free access oceanic trades routes, just as China is increasing efforts to control and dominate them. They depend upon free and open trade, just as the USA is regressing to principles of protectionism and economic aggression, a trend which shows no sign of abating.

Donate
The world the CANZUK nations are exposed to is becoming increasingly hostile to the basic principles of the rules-based international order, and with that, the interests of the CANZUK states themselves.

With this in mind, it is important to view the CANZUK proposal through the paradigm proposed by German Foreign Minister Heiko Maas, when he called for an “Alliance of the Multilateralists”. His proposed “alliance” would be a coalition of nations willing to recommit to the protection of the liberal international order, to maintain and protect the institutions and principles that have maintained relative peace since the end of World War Two.

However, it is not enough to simply view this proposal from a paradigm of trade, or of international order. CANZUK must also stand for something deeper, something more intrinsic, which for far too long has been considered immutable and untouchable, yet is now embattled and imperiled.

For within the CANZUK proposal, we find the surest possible defence of the most basic principles of freedom and democracy. As NATO is undermined by its strongest members, and the EU is torn between its more liberal and its more autocratic members, we must view CANZUK as a bloc defined by a new paradigm.

Unlike blocs united by a common defence policy, a common economic policy, or a common geographic identity, CANZUK will be united by something far deeper, something far more meaningful. CANZUK will be a bloc defined by its commitment to the principles of free and open democracy, above and beyond any national identity or geopolitical imperatives. For all the differences between the CANZUK states, they are more than anything else united by their common loyalties to the basic principles of democracy and freedom.

These four nations all rank within the top 15 nations on the Economist’s democracy index and the CATO Institute’s Human Freedom Index, and all have an aggregate score of over 90 out of 100 on Freedom House’s Freedom in the World report. The CANZUK nations are notable for their commitment to principles of freedom and democracy, and in a world where these principles are jeopardised, these cannot be taken for granted. Thus, if the foreign policies of the bloc are correctly aligned with the normative commitments of each of the nations in questions, it can form a bulwark against the threat of resurgent authoritarian nationalism.

The very foundations of what has made our world freer and more prosperous than it has ever been are under threat, with some of the most prominent defenders of these ideals succumbing to the treacherous allure of authoritarian tendencies. Those nations which still cleave to the principles of freedom and democracy must stand together, must stand strong, and must be willing to defend the principles of liberal internationalism that have given the world its strongest period of expanding peace, freedom and prosperity in recorded history.