The Armed Forces and Royal Navies of the CANZUK nations share a common heritage, similar flags, ranks and anthems of the old British Commonwealth and Empire. The years ahead may prove to be a defining moment in the CANZUK cause. 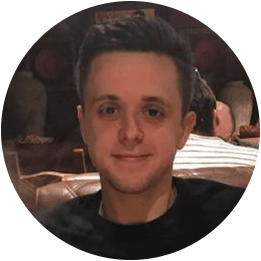 In the 19th year of the 21st century, we committed CANZUK and Commonwealth supporters know that the CANZUK dream is closer than ever before.

The recent news that Australia, the UK and Canada are going to be building and deploying the British designed Type 26 Frigate is enormous and of vital importance in the affairs and security of our respective nations.

For the first time since the 1980s, Australia, Canada and the UK will all share the same naval assets in their Royal Navies. With Australia set to build nine, the UK eight and Canada fifteen Type 26 Frigates, this is fixed to be one of the largest multi-national defence deals in history, with over £63 Billion ($80 Billion) tied up in this agreement.

This deal gives a significant show of confidence in the CANZUK relationship. By having the Type 26 Frigates, all the respective CANZUK Royal Navies will benefit from skills and experience, and enhance their inter-operational capabilities.

Furthermore, 2019 offers Australia, Canada, UK and New Zealand a chance to further their military co-operation. Three of the nations above are islands and require significant naval presences in their waters. Meanwhile, Canada is facing the stark reality of a resurgent Russian Naval presence in the Arctic sea.

Donate
Many defense analysts consider this to be a perfect opportunity for closer naval ties and commitments. I predicted rightly in 2013 that the British would eventually deploy its new Elizabeth Carrier to Asia – subtly given the green light in July of 2018, when Australian Foreign Minister Julie Bishop insisted the two countries were “like-minded nations” promoting “peace and stability”.

This was followed by reports of the Brexit champion, ex-Foreign Minister Boris Johnson, suggesting the British could return to Asia with a base East of the Suez Canal. Potential long-term bases for the British in Australasia include Singapore, where the British already have a naval presence, and Australia.

Bishop referred to the UK’s ambitions: “We couldn’t be more delighted that the UK will be taking an increasing role in the Indo-Pacific.” 2019 and 2020 could see HMS Queen Elizabeth deployed to Australian waters, travelling alongside a “carrier strike group” involving several frigates for anti-submarine warfare, destroyers for air defence and potentially a nuclear submarine.

This episode could be the start of closer naval exercises and deployments between Australia, the UK and New Zealand. With rising international tensions over the South China Sea, many nations in Asia will want a different option and approach besides China or the USA.

The Commonwealth and CANZUK could be that 3rd option and Australia-British relations could be central to that.

On the other hand, Australia does not have fixed-wing Aircraft Carriers that can deploy combat planes. However, the British boast of two Aircraft Carriers; the impressive and new HMS Elizabeth Carrier that can carry up to 60 aircraft, along with her sister ship (that is still under construction) the HMS Prince of Wales. Both ships are planned to carry thirty five F-35Bs and four helicopters.

A CANZUK taskforce would create a naval force that only the USA could rival. The British boast of four nuclear Trident submarines that house its nuclear missiles and would provide a CANZUK nuclear arsenal for enhancing peace and security. All the CANZUK Royal Navies still share the Royal Navies ‘Heart of Oak’ anthem, and of course, even swear allegiance to the Queen.

Despite having two carriers, the UK currently doesn’t have enough frigates and escort crafts to deploy to a self-sufficient British Carrier group in Asia without allied assistance. Budget restraints would leave the UK unable to keep a naval presence in the Falklands, home seas and Gibraltar without allied support. That’s why CANZUK support is crucial. A similar situation occurred during the Falklands war in 1982. By committing its ships to the conflict, the British were hard pressed to defend its interests in the Mediterranean, therefore accepted New Zealand ships as assistance to free up British ships in the war.

In 2019, we may see HMS Canberra, alongside HMS Elizabeth forming a carrier task force, supported by Australian, British and New Zealand naval destroyers and frigates. What once was, may soon happen again after Brexit.