Expanding Youth Mobility Can Be The First Step Towards CANZUK Free Movement
March 29, 2019

There are many ways in which free movement and trade can be established between Canada, Australia, New Zealand and the United Kingdom, but one option for implementation could be the introduction of expanding the CANZUK countries’ youth mobility visas. 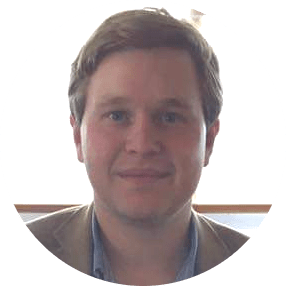 
George is a UK based researcher for CANZUK International, specialising in International Relations and Diplomatic History

With polls showing that a majority of CANZUK citizens support free movement between their countries, it is now vital to give proper consideration to how such a key change could be implemented.

Given all four countries have operated distinct policies over the last 40 years, it must not be assumed that such a new approach can be brought in at the stroke of a pen. Instead, a phased process would offer all four countries the appropriate time to ensure the necessary preparations are made.

A key first step, however, would be the introduction of a uniform youth mobility visa, combining the best elements of current arrangements and offering consistency and opportunity to millions of young people across Canada, Australia, New Zealand and the United Kingdom.

Given the popularity of existing schemes, we can certainly be confident that such a visa would have no shortage of applicants. Last year, 45,000 British and Canadian youths were granted working holiday visas in Australia, with thousands of young New Zealanders also taking advantage of the existing Trans-Tasman Travel Scheme.

A youth mobility visa is also offered in the UK, with 40,000 visas issued predominantly to CANZUK applicants last year. This figure is also likely to be higher, given the number of citizens who may also hold British or Irish citizenship through descent.

Donate
Demand for Canada and New Zealand must also not be underestimated, with 11,493 and 17,150 visas issued respectively to young CANZUK citizens in 2017/2018.

Economically, the benefits of such arrangements are clear, with the Australian government under pressure to support their rural economy, thereby recently taking steps to expand the scheme by relaxing certain restrictions and increasing the maximum age for applicants. The significance of the visa to the Australian Treasurer should also not be underestimated, with a key (if controversial) measure of the 2017 budget being the imposition of a 15% “back packer tax” on relevant visa holders.

Income tax is also levied on working holiday makers in Canada, New Zealand and the UK, though Australia remains the only country to operate a separate tax band.

Some will, of course, argue that such visas can have a detrimental effect on low-skilled unemployment, and this is an understandable anxiety which must be addressed. The situation however is, to a large extent, self-fulfilling given that the nature of current arrangements, which in some cases require work in the rural economy or force a change of employer every six months, effectively restricting many young people to insecure and low-paid positions.

A uniform mobility visa, however, with a validity of, say, 4 years, would instead allow applicants to look for more stable employment in the medium and high-skilled professions. This would ease any pressure which may be felt in other areas of the national economy, whilst leaving open the possibility of rural work to those who have the relevant experience or a particular desire to work in that sector.

Family reunification and the rights of non-eligible relatives to join visa-holders is also one area which could prove contentious. Demographically though, the under 30s represent something of an ideal case study by nature of their age being less prone to bringing dependents.

At the same time, some are likely to arrive in manageable numbers, providing an ideal pilot scheme for governments. As is current policy in most countries, children of visa holders could be admitted as standard for the validity period of the visa, along with any spouse who was not eligible for a visa in their own right. At the same time, the non-eligible spouse’s right to work should be tied solely to their partner’s, with no right to bring any further extended family members, preventing the perceived abuses associated with free movement rules in the UK.

Having reviewed all of the relevant visas currently on offer, the UK’s current arrangements arguably require the fewest changes in order to serve as the joint model. The visa is currently offered for 2 years, requires just under £2,000 in savings, and is open to citizens under the age of 30 from Canada, Australia and New Zealand.

Unlike Canada’s equivalent, however, there are no numerical quota restrictions, nor are there any regional or sectoral limitations as in the current Australian and New Zealand models. In the absence of a social security agreement, the savings requirement seems a pragmatic one for the time being, and the amount not prohibitive when allowing for the cost of relocation.

It would seem reasonable, though, to increase the validity of the visa to four years, with the option to apply for long-term residency thereafter. This would provide security for applicants while offering the freedom to national governments to refuse renewals in the rare cases this may be required.

CANZUK International has rightly expounded the many benefits of freedom of movement for some years. At the same time, we must ensure that we do not repeat the mistakes of other trading blocs by ignoring the potential considerations of such a fundamental change. A youth-led initial approach, however, would provide new rights for millions of young people while ensuring sufficient time to prepare for full free movement across the CANZUK countries.