Writing for The British Interest, Member of Parliament for Isle of Wight, Bob Seely MP, explains the many benefits of trade, migration and security arrangements between the CANZUK countries and why such proposals have received widespread public and political support across Canada, Australia, New Zealand and the UK. 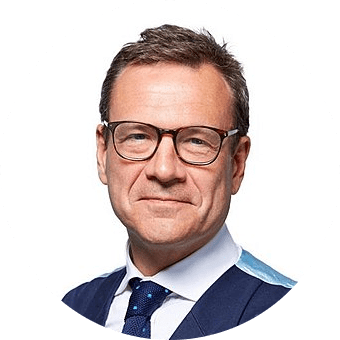 Ever since the Imperial Federation League in the late 19th century, the idea of closer political ties between the ‘CANZUK’ nations – Australia, Canada, New Zealand and the United Kingdom (UK) – has waxed and waned.

In recent years, however, those calling for deeper relations between the four great nations have grown louder.

The reason is simple: the four countries share a common language, similar legal and political systems, and even have a single Head of State. Above all, despite being ethnically diverse and culturally vibrant, the CANZUK nations share a common outlook and set of values.

The UK is at a critical point in its history, but so too are Australia, Canada and New Zealand, and indeed, the wider world. Humanity is wealthier than ever before, but authoritarian states are growing in power. China is expanding rapidly. Having lifted most of its people out of poverty since 1989, it has achieved great things. But its influence, increasingly negative, was one of the reasons that Australia introduced its 2018 foreign interference laws. Russia is brazenly using new forms of influence to undermine freedom of speech and our electoral systems, as the US experienced in the 2016 presidential election.

The 21st century may well see a struggle between open and closed societies, between democracies and dictatorships. Open societies need to stick together – and that makes the CANZUK nations natural allies.

Donate
Of course, each of the four CANZUK nations is powerful. But together they are stronger still. Their combined Gross National Income (GNI) is around US$5.7 trillion, and they hold between them approximately 10% of the world’s wealth.

Together, they also share strategic relationships with the United States through the ‘Five Eyes’ intelligence community and other defence partnerships. With more political coordination, they could project their combined power for the common good – of their citizens, their values and their interests.

The UK is looking for new partnerships. But the realisation of CANZUK is not dependent only on British deliberations. The Canadian Conservative Party has been a leading protagonist in promoting a stronger partnership between Australia, Canada and New Zealand.

The idea of closer alliance is also popular among the Australian, British, Canadian and New Zealand peoples. How could this be realised? There are five main ways:

Free trade and movement:
Australia and New Zealand have the deepest and broadest free trade agreement in the world, as well as a common travel area, known as the Trans-Tasman Agreement (since 1973). Between 62% and 82% of Australian, Canadian, New Zealand and British respondents claim that they would like to see closer economic relations and a common travel area instituted between their four countries. The Australia-New Zealand agreements could serve as the model for a wider CANZUK economic area, both for free trade and free movement. CANZUK citizens would still require passports to work in the common area, and they would not be able to claim unemployment (or other) benefits for a five-year period on arrival, but the need for visas would end.

Integrated diplomacy:
With so many shared values and interests, the CANZUK nations could achieve more together than individually. One way of doing this would be for the UK to create a coordination mechanism to take heed of Australian, Canadian and New Zealand perspectives in relation to its permanent seat on the United Nations (UN) Security Council. This could even develop into an integrated CANZUK seat within the next 25-50 years at the UN. Equally, the four nations could increase the sharing of diplomatic facilities.

Military cooperation and procurement:
By building on existing military arrangements, the four countries could do more together to deliver better value for money, and greater capability. The CANZUK allies could also work together with the US in pursuit of military exchange programmes and joint procurements, such as the Type 26 frigate acquisition and the development of next generation radars between the UK and Australia.

Joint Indo-Pacific Fleet:
When operational in 2021, the UK’s Queen Elizabeth class aircraft carriers will provide a formidable naval asset. Over the coming years, Australia, Canada, New Zealand and the UK could develop a CANZUK Indo-Pacific task group, which could evolve into an interoperable ‘Indo-Pacific Fleet’. The UK could provide an aircraft carrier and large auxiliaries, while Australia and Canada could provide the bulk of destroyers and frigates, with additional contributions from New Zealand. This fleet could then facilitate larger joint exercises with other Five Power Defence Arrangements partners, as well as Japan, South Korea, India and the US, to deepen allied joint operations and relationships in the Indo-Pacific.

Defence pact:
Due to the deterioration in global security, the CANZUK allies – along with the US, which already has deep alliances or arrangements in place with each of them – could consider the formation of a mutual defence pact. This could include a mutual defence clause, akin to NATO’s Article 5.

Undoubtedly, these proposals are not easy and some of them may not be achievable. Indeed, if the UK remains tied to the European Union (EU), it may never be able to be a full participant in any future CANZUK partnership. But better to aim high than low, think big than small, and see what the four great nations can achieve working together. States and peoples that share similar values, a common tongue and a shared culture should work as closely as possible together for the good of their shared future and that of the planet.

Australia, Canada, New Zealand and the UK are natural allies and partners. More coordinated CANZUK leadership could help ensure that open societies continue to lead and define the 21st century.