Happy Canada Day to the nearly 100,000 Canadians living in the UK, the 600,000 Brits living in Canada, and to the 37 million people that call Canada home! 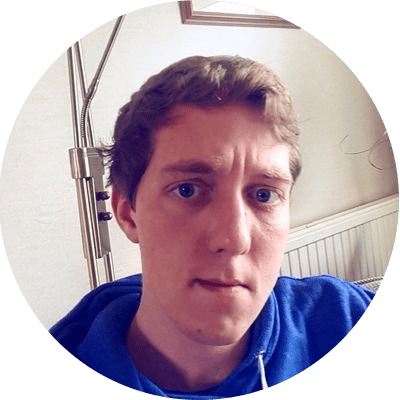 Today commemorates when the three colonies of the Province of Canada, Nova Scotia, and New Brunswick federated into a single dominion in 1867 and eventually became one of Britain’s strongest and closest independent allies.

As we leave the European Union, and as we change from a Prime Minister bent on reducing the rights that young people have to live and work on the continent, to one of two people more likely to support liberal principles across the board, it’s time to commit to our cousins across the sea.

There’s never been a better time. While the likes of Dominic Grieve and Andrew Adonis are bemoaning a lost European empire they’ll never get to lead, the rest of us are looking forward to a global future with our fellow ethnically diverse, globally oriented, liberal democratic friends across the world.

The good news is that this seems more likely than ever. A movement to build links between Canada, Australia, New Zealand, and the United Kingdom is gaining steam and it should be taken seriously.

Donate
In 2018, Canadian-based CANZUK International polled 2,000 people in each country about their attitudes to freer trade and freer movements between our nations. In Canada 76 per cent of people were in favour (including 63 per cent in French-speaking Quebec). In the UK, it was 68 per cent with a majority in favour in each age group, socioeconomic background, and region. There is no more popular policy not already implemented.

No wonder that politicians in each of the relevant countries are enthusiastic about strengthening our ties.

Boris Johnson, frontrunner to become Prime Minister of the United Kingdom, is a fan. He said earlier this decade of the idea that:

“The issue may come down to political climates and the resulting political will. The UK, Australia, Canada and New Zealand share the same head of state, the same language and the same common-law legal system. Critically, they are all highly economically developed democracies and there is also a distinct common culture and familial bond between them”.

The familial bond that Boris spoke of matches those of our countries’ citizens too. Each country is ethnically diverse, with ancestral links across Europe, India, Hong Kong, and Africa. Indeed, Britons of Indian, Caribbean and Irish heritage are more likely to have a family member living in Canada than anywhere in the EU. When you ask Brits where they most want to move to live to work, they choose these countries, America, Hong Kong, and Singapore.

These are developed countries that we identify with, where qualifications match, with similar levels of income.

For those who claim Brexit Britain will be a country on the decline, without a purpose, here is a clear one. As economies regionalise, as Europe and America turn inwards and China pushes its nationalist agenda, let Britain and our allies in the CANZUK states become a broker across the regions — a point of access to finance, law, and a whole manner of services that keep an economy ticking. Let a whole new generation of individuals create a common purpose that sticks it to the gloom-mongers driven mad by Brexit.

Fortunately for Boris or Hunt, they wouldn’t be alone.

The Canadian Tories are on track to take Ottawa in their election in October. And while our chattering classes once seemed deeply in love with Trudeau, his early lustre has certainly started to wear off. CBC, our cousin’s answer to Auntie, puts the Tories ahead six points over Trudeau.

In New Zealand, the coalition party New Zealand First includes CANZUK as one of its priorities — Jacinda Ardern is said to be a secret fan. This is certainly not a left/right issue.

With all this in mind, come October we could have a CANZUK man in Number 10, one in Ottawa, and one helping to run New Zealand, as well as a bullish Australian Prime Minister that can see the logic of the Anglosphere working together closely.

After all, we are a people together across several oceans. Modern, diverse, at the heart of global finance, academia, advertising, law, trade, engineering and science.

But visas and fees that stop us moving, qualifications that block out non-natives, and costs to trading freely are barriers that must be brought down so the promise to future generations of a world that is happier, freer, and more prosperous can be fulfilled.