Writing for The Foundation for Economic Education, Tom Colsy explains why a no-deal Brexit is the opportune scenario in which free movement, trade and foreign policy cooperation between Canada, Australia, New Zealand and the UK could develop. 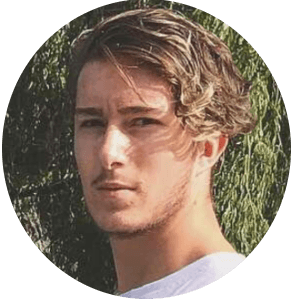 Written by Tom Colsy
Tom is President of the Classical Liberal society at the University of Kent and tweets at @tomcolsy99_.

The promising CANZUK proposal would see Canada, Australia, New Zealand and the United Kingdom band together with voluntary agreements on multilateral free trade and movement.

In a very Washington-esque manner, the last three years have seen former industrial giant and colonial superpower Britain politically paralyzed by partisan divisions and posturing—all regarding one notorious, recurring issue that just doesn’t seem to want to resolve itself and go away: Brexit. It splits families as it splits parties. What will be its economic legacy?

Panic regarding a “no-deal” scenario with the European Union (EU) has led commentators, politicians, and the public to believe that Brexit can only entail economic catastrophe and isolationism, but this could likely not be the case at all.

As deadlock grips the parliament in Westminster, all options are being subject to rigorous discussion. Out of the polarized panic and rabble, some rather interesting and ambitious concepts are gaining traction and could well see Britain become a far more outward-looking, prosperous, and free-trade-embracing nation than it has been for the last 46 years.

One, in particular, could completely shake the current format of 21st-century geopolitics while welcoming a new era of liberal-internationalist cooperation and agreements between sovereign nations. With such promising future prospects for economic liberals and Brits at large, the fear may prove far from warranted. Here’s why.

Where Do Things Stand for Britain?

As the nation already has missed one deadline to leave the EU and is hurtling towards a second (October 31st of this year), it has become clear that real plans for economic policy will need to materialize. The ruling Conservative Party has floated around some refreshingly ambitious and intelligent policy ideas. Britain could have a very bright and prosperous economic future ahead if these proposals ever come to pass.

Boris Johnson, who this week became the UK’s prime minister, has advocated Singapore-style tax-free zones set up around the country. Meanwhile, British Secretary for International Trade Liam Fox reportedly discussed slashing all import tariffs to zero in the event of a “no-deal” Brexit.

At the same time, during his spell as “Brexit Secretary”, rising star Dominic Raab gave much attention to slashing corporate taxes in the same circumstances where Britain and the European Union cannot reach an agreement. So, the right ideas are definitely being discussed with optimism. Britain really could become a shining example of laissez-faire economics once again if politicians are true to their word and make a serious attempt in the coming months to restructure an ambitious, reformed (and ultimately freer) economic model outside of the regulatory EU to which it is currently beholden.

One possible option would mean the island nation would initially turn away from Europe toward certain anglophone Commonwealth nations and former colonies. I talk, of course, of the promising CANZUK proposal that would see Canada, Australia, New Zealand, and the United Kingdom band together with voluntary agreements on multilateral free trade and movement, forming a bloc that would singularly hold the third largest nominal GDP in the world.

What makes CANZUK unique is how viable and well-thought-out it is on every level. Unlike within the EU, the grouping would not be consolidated through impositional treaties laced with unpleasant footnotes delegating political power to a bureaucratic institution. Freedom of movement would assist meeting labor market demands across the countries, yet this would be prohibited to those with serious criminal records.

Everything the EU seemed to get wrong about forming unions under a liberal-internationalist pretense, CANZUK proposals seem to get right. They account for social attitudes and the dangers of becoming impositional, eroding national sovereignty. Free movement within the European Union had been widely reviled by the domestic population and is part of the reason Britain now is set to leave. Yet the very same population overwhelmingly favor the same principle, alternatively implemented, across the CANZUK nations, polling outright majorities in favor in every region.

Perhaps a reason for this is that while the nations are extremely close culturally, they are also resoundingly similar socio-economically. Despite their distances, the states could have been separated at birth (of course, they do share the same monarch). 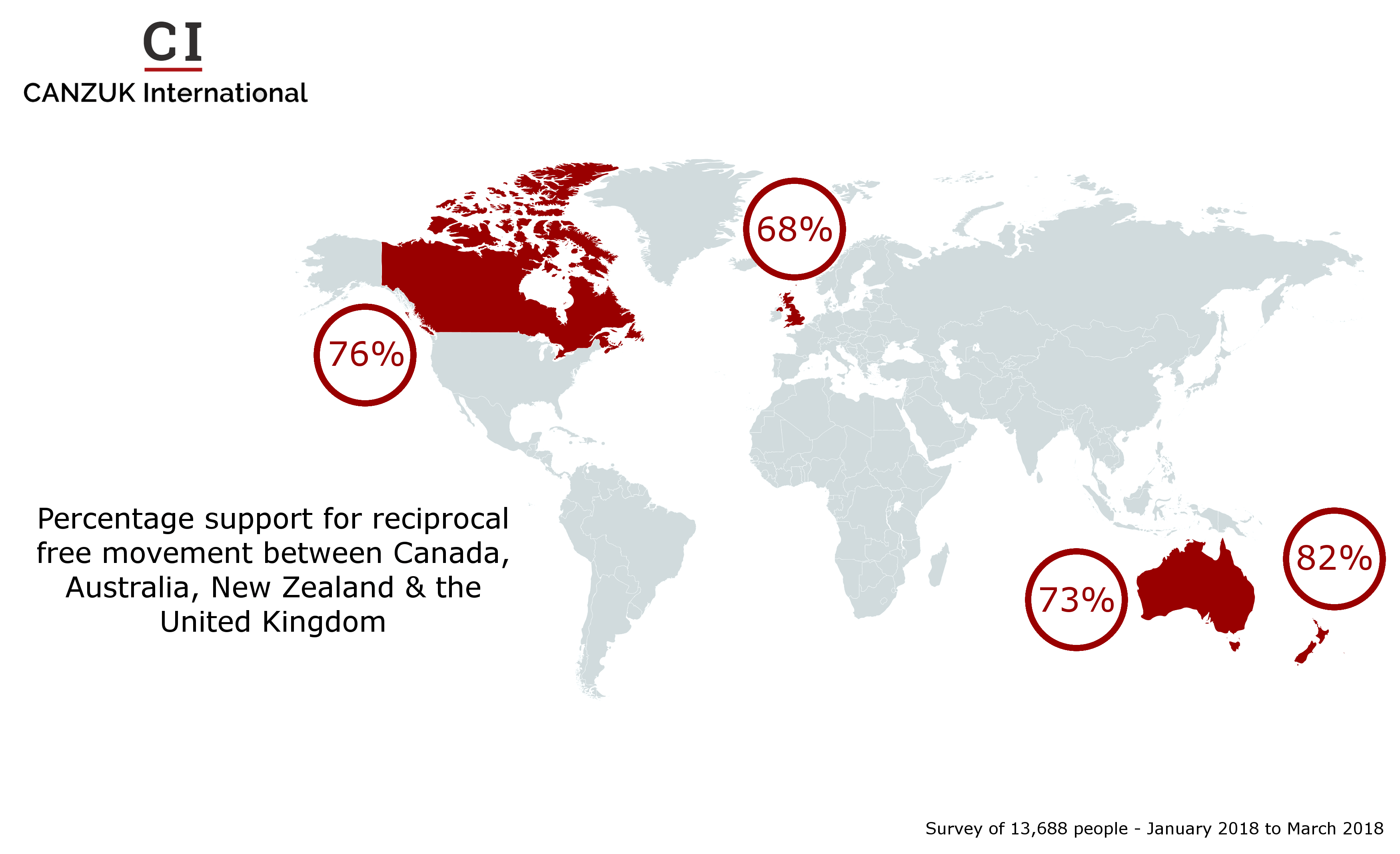 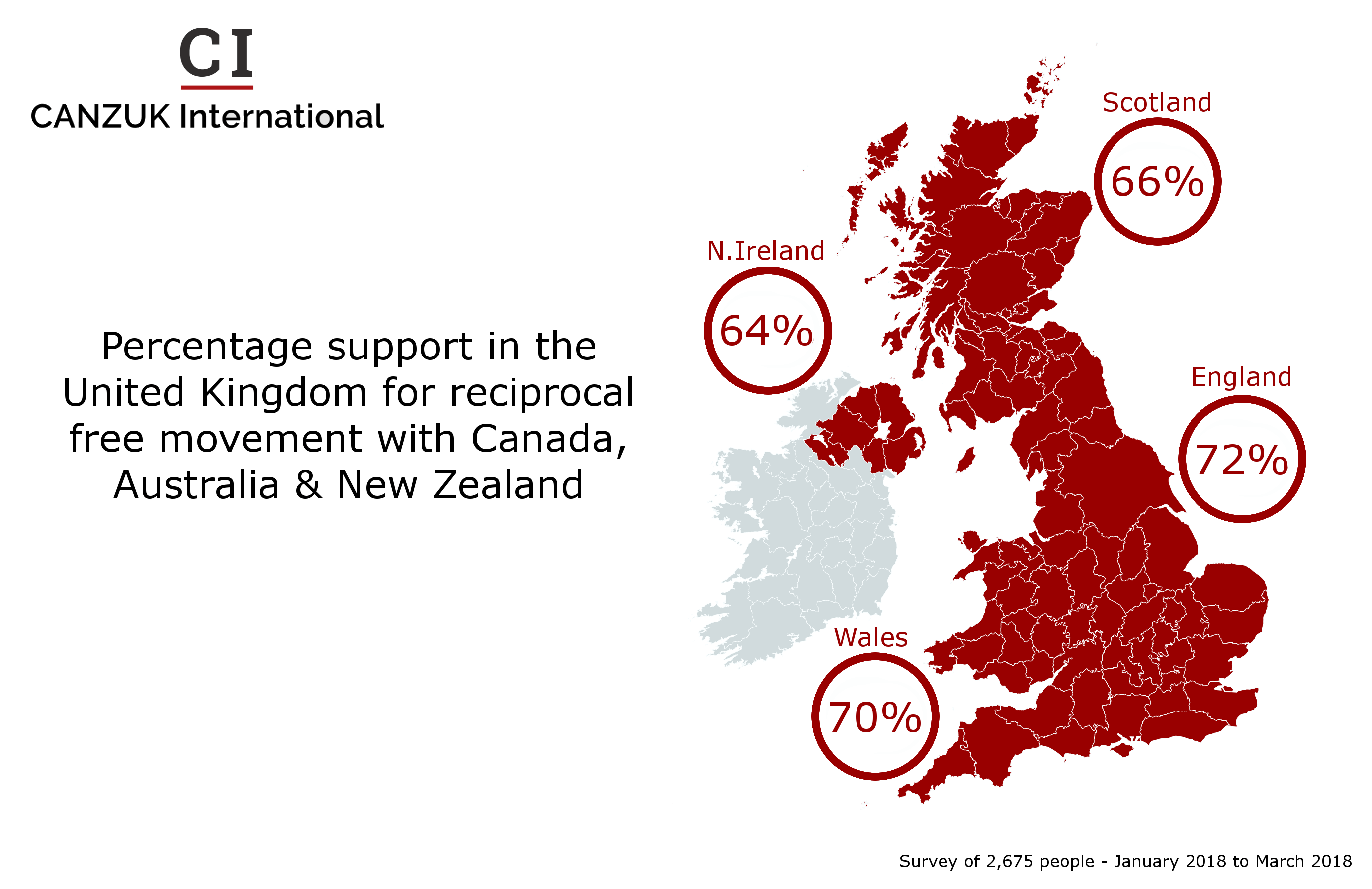 This becomes apparent when you notice that their GDP per capita figures are all placed between $37,100 (New Zealand) and $48,800 (Australia). None have a life expectancy lower than 80.7, and all have extremely low unemployment rates that are well under 10 percent. For that reason, the chance of mass migration across borders saturating the market of low-skilled work in any of the countries is very low.

The free movement area would be based on an agreement already enacted between New Zealand and Australia: the Trans-Tasman Travel Partnership (TTTP for short).

This allows the citizens of both countries special category visa status in which they enjoy traveling to each other with temporary visas that are automatically granted with their passport and are electronically recorded. They pass through borders without ever having to fill out administrative forms. This is continually upheld on the provision that the other nation implements the same, which allows for a unique degree of political flexibility.

Individuals involved with serious criminal activity who have been previously deported or those the minister overseeing immigration believes are likely to be a threat or risk to public security and interest will not enjoy the rights of freedom of movement. This is an important restriction that is likely to sustain favorability over the years.

The free-trade area would also be modeled on an existing agreement between the two southern-hemisphere nations: the Closer Economic Relations agreement (CER). CANZUK International, the organization spearheading this movement, which is led by CEO and founder James Skinner in Vancouver, states that Britain and Canada’s entrance to the agreement could be easily and swiftly negotiated and would boost growth for each of those involved.

A petition for the model to be enacted is gaining momentum and has nearly 275,000 signatures, which can be found here, alongside their Twitter and Facebook pages. Meanwhile, politicians are beginning to notice and give weight to the idea. Conservative Party figures such as Daniel Hannan, Owen Paterson, and Julian Brazier have openly advocated CANZUK, while former Australian head of state Tony Abbott recently called for freer movement between his country and the UK.

The rest of the world should watch closely, with encouragement, as this develops. Britain, Canada, Australia, and New Zealand fusing together may be an example of how international cooperation will be conducted in the future – through flexible and liberal but nuanced, well-thought-out structures that sufficiently mediate the line between national sovereignty and economic union. It is a promising, positive concept that all economic liberals should get behind.