The leader of the New Zealand National Party, Simon Bridges, has openly called for free movement between Canada, Australia, New Zealand and the United Kingdom, and further stated the New Zealand Government should be doing everything it can to ensure New Zealanders can travel more freely within CANZUK countries. 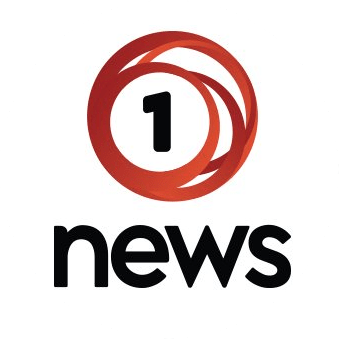 His comments come as Britain’s International Trade Secretary Liz Truss said she expects to secure two-way trade and visa-free work deals after Brexit between Australia and the UK.

However, when Ms Truss visited New Zealand earlier that week, she said New Zealanders will still be welcome in the UK on working holidays after Brexit, with no mention of a free movement deal.

“We support a free movement deal, the Government should be doing everything it can to ensure Kiwis can travel more freely, especially to the United Kingdom. But we have seen no evidence the Government is taking this seriously.

“The UK International Trade Secretary was recently in Australia and announced both countries were exploring a deal, but this hasn’t happened with New Zealand. The Government needs to get this on the agenda as soon as possible, otherwise we will be left behind Australia,” Mr. Bridges said.

Donate
He says the previous National government had worked on a deal.

“We see a free trade agreement with the UK as a platform for free movement. National’s previous Trade Minister Todd McClay raised this with then UK International Trade Secretary Rt Hon Dr Liam Fox and Mr Fox was open to the idea. A National Government laid the groundwork, the current Government needs to get on with it.”

When asked about a potential free movement deal with the UK, Minister of Trade and Export Growth David Parker said: “New Zealand and the UK continue to work on how our relationship might evolve post-Brexit. New Zealand has an ongoing dialogue with the UK on travel and visa issues, and these discussions will continue once the UK exits the EU.”

“We believe this will happen shortly given the support we have received from the National Party – including Simon Bridges himself – and the general public, with over 82% supporting our proposals,” CANZUK founder James Skinner said.

The group see a potential Brexit as a good springboard to gain a deal.

“We believe Brexit is the ideal catalyst for establishing free movement between Canada, Australia, New Zealand and the United Kingdom. By departing the EU, the British government will have the opportunity to establish diplomatic arrangements with these countries, including free movement based upon the Trans-Tasman Travel Agreement and free trade based upon the Closer Economic Relations trade agreement.

“These two agreements – already established between Australia and New Zealand – would form the foundations of future CANZUK arrangements.”

CANZUK International will continue to work with the New Zealand government to ensure that free movement and trade with Australia, Canada and the UK are priority issues and adopted as part of New Zealand foreign policy.