The Spectator: “Why The UK Should Support Free Movement With Australia”
October 16, 2019

Writing for The Spectator, Matthew Lesh explains why visa-free work and travel between Australia and the UK is beneficial for both countries and why the recent drafting of plans for free movement between the countries is the right way forward for increasing CANZUK relations. 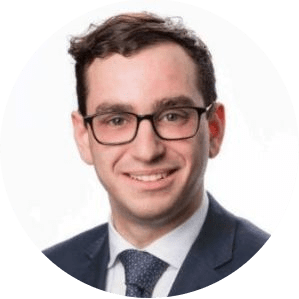 If Britain and Australia agree a post-Brexit trade deal, Liz Truss the international trade secretary has said that free movement between the two countries could form part of an agreement.

In response to a question about free movement and the relaxation of current checks, Truss said that this was ‘certainly something that we will be looking at as part of our free trade negotiations’. This potentially could take the form of pure free movement (like Australia has with New Zealand) or a visa that allows anyone who can find a job to stay (like Australia has with the United States).

Australia and the United Kingdom share a language, a deeply entwined political history, a democratic system, the Queen, common law, and respect for freedom. Our two nations fought and died side-by-side in conflicts from the Boer War through to the second world war, and have cooperated in modern peacekeeping operations. We exchange essential information to prevent terrorist attacks through the Five Eyes intelligence network. We are both diverse, modern, highly developed nations.

Donate
But the increase in EU migration over the past two decades, combined with the Conservative promise to reduce immigration to the ‘tens of thousands’, means the UK Government has spent years trying to reduce non-EU migration – which has meant the number of Australians wanting to live and work in the UK, like myself, has declined. Thankfully I could access the UK’s two-year youth mobility scheme when I moved here, but even that now costs £844 for the visa and the price of its healthcare surcharge has recently doubled.

Meanwhile, stringent identity checks make life harder for Australians who want to settle in the UK. Once the two year scheme finishes, many young Australians and New Zealanders are forced to give up their jobs, and lose friendships and relationships when they move home.

Even when Aussies arrive in the UK, they are often held back by a lack of recognition of professional standards. I have seen Australian-trained nurses who want to contribute to the NHS but are prevented by the prohibitively expensive cost of unnecessary retraining. This isn’t required for EU migrants, meaning a Croatian or Hungarian-trained nurse can practice straight away.

The idea that Brexit must mean the UK pulls up the drawbridge on new arrivals is untrue. But it does mean rebalancing immigration towards countries that share the UK’s values and levels of development.

Migration with Australia fits this mould. A poll commissioned by CANZUK International found that an astonishing two-thirds of Brits support free movement with Australia, New Zealand and Canada. If you narrow that down to just Australians this rises to 73 per cent.

The United Kingdom’s decision to join the European Economic Community in 1973 has long been considered a betrayal of Australia, a turning away from our countries’ historic bonds. In order to join the EEC, the UK imposed substantial trade restrictions on Australia in the form of both tariffs and quotas. This contradicted earlier promises to the Australian Government. During the 1990s debate about whether Australia should become a republic, former prime minister Paul Keating argued that the UK had ‘walked out on us and joined the common market’.

Brexit is an opportunity to bring our great nations closer together.

There is substantial interest among Australian and British businesses to deepen links. In 2018, two-way trade between our countries amounted to £15 billion, while two-way investment reached £459 billion in 2018.

A free trade agreement doesn’t just mean cheaper wine and more high quality Australian beef for British consumers, it also means greater access for the British finance and services sector to the Australian market and access to productivity-enhancing agricultural technologies pioneered down under.

The post-Brexit future can be bright; it is time to grab hold of the opportunities before us.