Writing for The Adam Smith Institute, Peter Wollweber discusses the bright future of trade and migration for the UK following the upcoming December 12th election and the country’s departure from the European Union in January 2020. 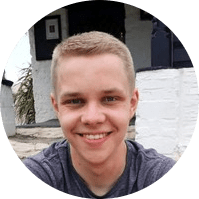 140 years ago today, a man called Charles Tilston Bright achieved something remarkable. In the midst of the nineteenth-century age of innovation, he successfully laid a telegraph cable between Britain and South Africa, eliminating an eight-thousand mile journey and at a stroke making the world a notably smaller place.

The world has changed since 1879, but the philosophy of connection, facilitating near-instant global collaboration and exchange, is an idea that still burns brightly today.

Indeed, in this day and age, we have more opportunities than ever before to bring formerly distant partners close to home.

Britain has always been an outward-looking nation, and this is something that the new government appears to recognise in its proposals for post-Brexit foreign engagement.

There has never been a better time to rebuild the trade bridges with our Commonwealth allies that have necessarily suffered during our membership of the European Union, and the political will is there to bring a CANZUK trade arrangement to fruition.

The strong cultural ties Britain has with Australia, New Zealand and Canada belie the very real potential of creating a liberalised trade bloc. The main points of CANZUK centre on free trade in goods and services alongside visa-free labour in the style of the highly successful Trans-Tasman Travel Arrangement.

Donate
A security partnership is also heavily advocated, and even here, Australia and New Zealand have expressed a desire for a stronger British presence in the South Pacific, with the Australian Defence Minister pressing an initiative to combine the two countries’ defence forces on operations. The new British Home Secretary’s first act was to host a meeting of the 5 Eyes powers (the CANZUK states plus the USA) on cybersecurity.

Across the CANZUK zone, leaders favouring closer integration with the UK are either in power or look set to take it. Conservative leader Andrew Scheer has repeatedly expressed interest in a closer relationship, and last year the party membership voted to adopt CANZUK as policy with an overwhelming 800 votes to 8.

New Zealand’s Jacinda Ardern has also written of a need to take ‘trade and investment relations to the next level’, emphasising the deep shared identity of New Zealand and the UK.

As for Australia, Scott Morrison has been quick to speak personally to Boris Johnson of a desire to quickly sign off a comprehensive trade deal, pledging to be ‘one of the first cabs off the rank’ once the UK leaves the European Union. Informal bilaterals and consultations have been ongoing for around two years and arrangements are said to be at an advanced stage, alongside a strong desire to do business which has been reinvigorated by the change of government in London.

Views on a ‘no deal’ Brexit are understandably divided, as such a move inevitably produces uncertainty for the UK’s short-term trade arrangements. As the old proverb states, however, necessity is the mother of invention, and a sharp exit from the EU could be exploited by the UK to unite widespread political goodwill and broker a CANZUK deal.

Importantly it’s not just economically sensible but it’s popular too. In the latest poll, conducted last year, 62 to 82 per cent of CANZUK citizens were in favour of free travel between states. We can make a popular deal between diverse and modern economies as well as achieve for post-Brexit Britain an immigration and trade Shangri-La of free and open access.

Global Britain in doing so would steer away from a course of ever closer union on the continent and again towards the long tradition of a global future and so reap the rewards of Charles Tilston Bright’s achievement.