CANZUK International’s 2020 report, detailing the benefits of freedom of movement, free trade and foreign policy coordination between Canada, Australia, New Zealand and the United Kingdom has been submitted to each Member of Parliament in the United Kingdom following the general election of December 2019.


James is the founder & chief executive of CANZUK International in Toronto, Canada

The report titled “The Future of Post-Brexit Britain” outlines the numerous benefits of introducing freedom of movement for citizens and complimentary free trade agreements between Canada, Australia, New Zealand and the United Kingdom, and why the UK’s upcoming departure from the European Union is the opportune time to introduce such measures.

The report has also been submitted to the UK’s Prime Minister, Boris Johnson, who recently renewed his call for a Trans-Tasman style free movement area between Canada, Australia, New Zealand and the United Kingdom after Brexit, along with UK-based think tanks The Henry Jackson Society and The Adam Smith Institute.

Donate
CANZUK International intends to receive widespread support from MPs regarding our proposals and set up meetings in Westminster with those who wish to actively endorse our campaign in parliament.

An email to all MPs along with the report was submitted on January 7th, 2020 and is copied below.

Congratulations on your instatement following the national general election of December 12th, 2019.

As the United Kingdom prepares to leave the European Union on January 31st, 2020, we believe the success of post-Brexit Britain lies in establishing free movement and trade between Canada, Australia, New Zealand and the United Kingdom – the CANZUK countries.

Our organisation advocates for the United Kingdom and Canada to join the already successful trade and migration agreements between Australia and New Zealand that allow citizens to work, travel and reside freely between these countries while benefiting from economic growth and prosperity.

Furthermore, our proposals have received significant public support in all four countries: 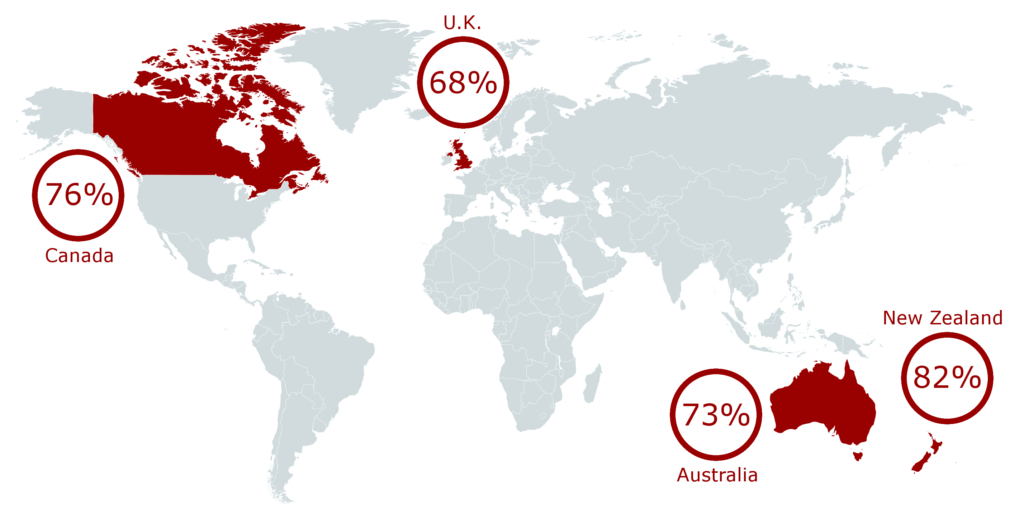 Our latest report, “The Future of Post-Brexit Britain“, details the economic and social benefits of establishing free movement and trade between the CANZUK countries and why such an agreement should be pursued following the UK’s departure from the European Union.

We would be delighted to receive your support for our proposals and would welcome your endorsement of our campaign in parliament.

For more information about our report or organisation, please do not hesitate to contact us at admin@canzukinternational.com.

To compliment the submission of our 2020 report, we encourage all supporters of our campaign to email their local Member of Parliament and request their support for closer migration, trade and diplomatic ties between Canada, Australia, New Zealand and the United Kingdom. Our free letter/email template can be viewed and downloaded here, along with information about how to locate and write to your local Member of Parliament.