Member of Parliament: “We Should Consider An Ambitious Defence Relationship With Australia”
January 28, 2020 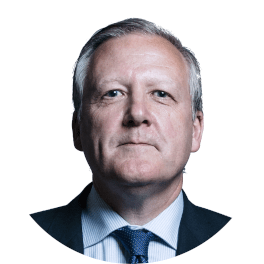 As the UK leaves the EU in less than a week, we are witnessing a fundamental shift in our place in the world the likes of which hasn’t been seen in a generation. It is a chance to rethink our defence partnerships and look at formalising our relationships in a way that supports our Armed Forces, industry and workforce.

Last weekend marked Australia’s national day and there are few countries that can claim ties as close as those between Australia and the UK. Our histories are intrinsically linked, and whilst those ties are complex and have clearly not always been treated as a partnership of equals, when it comes to opportunities for new strategic thinking and resetting our global relationships, Australia should be at the top of our list.

Both in the past and contemporaneously, Australia and the UK have operated and fought together; we exercise alongside each other regularly; and we have established partnerships through both the Five Eyes (our close intelligence alliance that also includes New Zealand, Canada and the United States) and the Five Power Defence Arrangements with parties in their region (together with New Zealand, Singapore and Malaysia). The Australia-UK Defence and Security Cooperation Treaty, which was signed in 2013, was designed to forge closer ties and allow British and Australian forces to be more interoperable. It is on the back of these links that we should look at how we can deepen that relationship post Brexit.

Donate
Both technology and global scale threats like climate change are rendering geography increasingly irrelevant. We see that from the recent terrible bush fires in Australia and the offer of support that has come from countries around the world, both at the Government level and people who have donated to those charities on the grounds.

It is time to think of our defence relationships more in terms of values as opposed to location.

In the context of stretched budgets – we enter this new order down with a defence equipment plan that is out of control and with no sign of a significant budget increase – and staffing targets that aren’t being met – we need to be smart about how we engage with our partners to combine for greater effect.

Where there are the opportunities to enhance collaboration with industry, in a way that will bring tangible benefits to both countries, in terms of interoperability and to their workforces and businesses, they should be supported and encouraged.

The deal for Australia’s Hunter class future frigates, based on the UK designed Type 26 warship, shows the skills that we have here but also the value that the two nations place on being interoperable and the strength of the Royal Navy brand as a sales tool worldwide.

However, we must ensure that these types of deals work for both countries and support workers in both, for example looking at how there might be a balance between the hard and software components or build and integration, based on expertise, or apprenticeships that include an exchange element to diversify skills across the two countries.

Similarly, strong university partnerships between the UK and Australia provide ideal ground for a partnership based on innovation or combined R&D in areas like cyber and AI to tackle those threats in the increasingly grey defence space.

To be clear, this isn’t about abandoning our European partners or NATO as the cornerstone of our defence, it’s about taking advantage of one of the most seismic shifts in our nation’s history to look at how we can make ourselves safer at home, support both our defence industries and tackle globalised threats together.

With the Government’s stated aim of having Australia at the top of the list for Trade Agreements, I hope they will consider our defence relationships in those discussions. There is a significant trade imbalance between the UK and Australia on defence material exports, this needs balancing in order to build a genuine strategic defence industry partnership between UK and Australia.

I would like to see some signs in the upcoming Strategic Defence and Security Review that the Government is ambitious about developing future partnerships and with our close history, strong present ties and shared values. It’s with countries like Australia that we should be looking to as the place to start.