The Telegraph: “Australia’s Bond With Britain Is As Strong As Ever”
April 21, 2020

Writing for The Telegraph, George Brandis QC explains the close bonds that exist between Australia and the United Kingdom and why collaboration between the two countries will overcome distance and the challenge of the times. 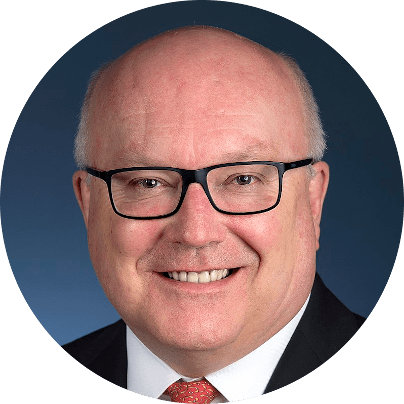 
George is Australia’s High Commissioner to the United Kingdom in London, England

As we approach the 75th anniversary of VE Day, we naturally find ourselves thinking about how the challenges of our past can inspire us during the great unexpected peril which has so suddenly beset us.

Britain and Australia are both island nations. While island nationhood can be a strategic advantage, as it was in the Second World War, it can present us with challenges as well. In Australia, one of our greatest historians, Geoffrey Blainey, coined the term “the tyranny of distance” to capture how Australia’s history has been shaped by our isolation.

But stay connected we have, and there is a wartime precedent. During World War Two, the air routes between the United Kingdom and Australia were kept open by brave Australian and British airmen. Beginning in 1943, the Australian national carrier Qantas flew passengers, cargo and mail between our two countries in a fleet of Catalina and Liberator aircraft.

The trip took 32 hours – so long that those on board saw the sun rise twice. So they invented an award, the Order of the Double Sunrise, to commemorate their trip. It was a perilous journey, with the skies occupied by enemy aircraft along parts of the route, but we kept it open over 271 return trips.

Donate
This week, Qantas – which is commemorating its 100th anniversary – rekindled the spirit of the Order of the Double Sunrise by inaugurating, under an agreement with the Australian Government, a strategic air link between the United Kingdom and Australia. The flights will repatriate British and Australian nationals to our home countries. Operated not by Catalinas and Liberators but by state of the art Dreamliners, the London-Perth direct flight takes not 32 days but 17 hours and 20 minutes.

The first of the flights operated this week and, subject to demand, the intention is for the service to continue on a weekly basis. Aptly, the aircraft which operated the first flight was named “Skippy” after the rescue kangaroo fondly remembered by generations of Australians and Britons from the iconic children’s TV series of the 1970s.

We are rekindling the spirit of those wartime flights not out of nostalgia but because the truth of over 75 years ago remains as valid today – Australia and the United Kingdom will always stand together. Never is that more important than in a time of crisis, be it war or pestilence.

As your Secretary of State for International Trade, Liz Truss, has said: “Australia and the UK’s strong trading relationship goes back centuries. The current coronavirus pandemic highlights just how important it is to keep international trade flowing, keeping vital supply chains open and ensuring that essential goods and services can cross borders.”

Through Australia’s maintenance of this critical strategic link, the United Kingdom also has an enduring bridge to the Pacific – a key region as you look toward your future as an independent trading nation.

The Australian government has also inaugurated a new mechanism to support our exporters. That means Britons will still get to drink great Australian wine and buy our world-class produce. The strategic air link means that, as we work together to protect supply chains, we have the means of transporting our own goods as well as our people.

Working with partners like Qantas, our two peoples, forever linked by the crimson threads of kinship, will stand together despite the tyranny of distance and face the challenge of the times together – as we always do.