CANZUK Can Provide The UK With Prosperity Post-COVID-19
April 1, 2020

Writing for Global Vision, Adam MacCarthaigh explains the need for cooperation between Canada, Australia, New Zealand and the UK to not only stimulate the post-COVID 19 economic recovery, but inspire citizens for a better and brighter future. 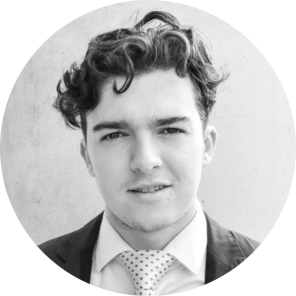 
Adam is a Sociology, Politics and Economics graduate of Trinity College, Dublin and now resides in Toronto, Canada

A little over a week ago, Canadian scientists made a crucial breakthrough in the fight against COVID-19. Scientists here in Toronto were able to replicate the virus in a secure containment facility. At that point there were about 150 confirmed cases in Canada – today there are over 2,000.

This pandemic has shut down whole cities and major economies are stuttering to a halt. However, there is still a place in these unconventional times to look to the future – we must look forward and look to our recovery. This scientific breakthrough in Toronto emphasizes the need for a global vision. While it was isolated in the University of Toronto, the work was carried out by researchers from across Ontario pooling their knowledge and resources. This should be emblematic of how we work together post-pandemic, particularly in CANZUK nations.

For those who aren’t aware, CANZUK is an acronym for the theoretical political and economic union of Canada, Australia, New Zealand and the United Kingdom – the idea promoted by an international body that champions free trade and free movement between the nations.

The first steps towards such a programme should be to encourage student integration and movement. I believe that the British government should look to work with their CANZUK partners going forward to create a research and education programme. While this is already happening to an extent – the University of Sussex has over 100 Canadian law students taking advantage of the common legal system to obtain a dual degree – more formal ties and programmes should be developed to really seize the opportunity and pose a viable alternative to the Erasmus Plus programme.

Donate
The Erasmus programme championed by the European Union was originally set up in the late 1980s to facilitate student exchanges. Currently in the United Kingdom, over 50% of university level students that study abroad go through these programmes. From 2014, any EU scheme involving education, training, youth and sport fell under the banner of Erasmus Plus. However, with the United Kingdom leaving the European Union, there are fears that its involvement might be at risk.

The Erasmus Programme generates significant revenue for both the UK Government, Tourism UK and the Universities and Institutions themselves. In 2018, there were a total of 31,877 students and trainees coming into Britain as part of the Erasmus Plus programme. This remains a big draw for universities when attracting potential students to their schools. This is significant for students from all socio-economic backgrounds as the programme facilitates study at the partner university at the same price as their home institution. With that in mind, a CANZUK education programme would be very attractive to students who couldn’t afford to otherwise study and travel in these countries. Indeed, this programme could further open Britain and its partners to new horizons globally.

However, it’s not simply the revenue generated or the opportunities for students that make this appealing. British universities may find themselves left out in the cold when it comes to European research grants. There is an opportunity to pre-emptively combat this with a CANZUK education programme. Combining grant funding for new scientific, social and economic research will allow for further ground-breaking research – as seen with the recent breakthrough at the University of Toronto in isolating COVID-19.

Taking this into consideration, it is important to note the standard of universities across these nations. The CANZUK nations are home to 30 of the world’s top 100 universities, with about 50% of those in the UK and the rest spread across North America and the Antipodeans.

The current pandemic has been likened to the Great Depression and even World War II, and while the comparisons may be flawed, we can take lessons from those events, particularly in the peace that prospered across Europe after the latter. In 1950, Robert Schuman and Jean Monet pioneered the Schuman Declaration which proposed a common authority be put in place for French and West German coal and steel production. It was born out of its time and it served to be the birth of the European Union.

Since then, bureaucracy in Brussels has escalated at an alarming rate and the result has left the Union stuttering to handle this current crisis. Cristine Lagarde’s “Bazooka” plan to combat COVID-19 came in the form of a massive bond buying programme, which some might say was a less than inspiring choice. In stark comparison, Rishi Sunak’s bumper budget was developed that could well lay the groundwork for a successful post-pandemic Britain.

However, while Britain can produce their own innovative fiscal policy, they need to work with their global partners in this battle against COVID-19 and in the subsequent recovery. When this all ends, and it will end, we will need to stimulate our people as well as our economies. A CANZUK programme would be a great way of doing just that.