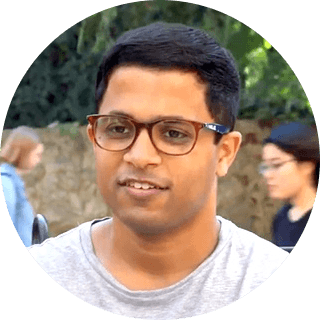 
Adil is a recent UWA graduate and has been involved with various Australian think-tanks.

With the Brexit deadline on the horizon, Australia could enter a new beneficial relationship with Britain and other Anglosphere countries in a movement that is slowly gaining traction.

In February last year, several prominent UK MP’s called for the prioritisation of a free-movement area – similar to the free movement of persons provision in the European Economic Area – between Australia, Canada, New Zealand and Britain, after the UK eventually exits the EU.

This was following the release of the report titled ‘Global Britain: A Twenty-First Century Vision’, co-authored by Conservative MP Bob Seely and the Henry Jackson Society – a bi-partisan British Foreign Policy think-tank. One of the main proposals of the report was to reach out to Australia, New Zealand and Canada ‘to form a new CANZUK alliance’ or union, post-Brexit.

Furthermore, the report also suggested a CANZUK integrated diplomacy approach that would see the shared use of Britain’s permanent seat at the UN Security Council. This proposal was also supported by UK Prime Minister Boris Johnson who stressed the need to strengthen Britain’s relations with the Anglosphere after Brexit.

There are sound arguments the CANZUK proposal could be successful, especially in comparison to the UK’s stint in the EU.

Firstly, unlike any of the other European Economic Area countries – excluding Ireland – the CANZUK countries are all former UK colonies. This arguably gives each country a sentimental bond to the ‘mother land’ that EU countries do not share with the UK.

Thirdly, unlike the EU, the UK, Canada and New Zealand share the same official language and common-law legal system. All the above factors between these highly economically developed liberal democracies mean that they share a distinct cultural bond. These sentiments have also been echoed by other politicians in CANZUK countries.

Regarding the shared UN Security Council seat, Australia has only had a non-permanent seat on five previous occasions. During Australia’s most recent 2013-4 term, Canberra was able to use its place on the council to deliver a strong international response to the downing of Malaysia Airlines flight MH17 over Ukraine.

Rather than having to invest time and money into the campaigning process for a non-permanent seat, Australia will have the chance to be guaranteed not only a seat on a more permanent basis, but also a veto vote. This is a priceless offer for a burgeoning middle-power to pursue its interests at the premier international security decision-making body.

Economically, Australia stands to potentially benefit from closer British ties. Whilst the UK can only enter free trade deals after the transition arrangement (set to end by 2021), the promise of a deal seems alluring. According to Forex, more Australian goods and services going to the UK could potentially lead to a 3% increase in economic growth over the next couple of years, which would be in line with the Reserve Bank of Australia GDP forecast.

According to DFAT, the UK is Australia’s 7th largest two-way trading partner. Australian agriculture and wine particularly stand to benefit from any CANZUK deal. Currently, Australia faces high tariffs on beef exports to the EU, the majority of which goes to the UK, making it difficult to compete against EU competitors. British Trade Secretary Liam Fox stated last year that under a no-deal Brexit, the UK would wave all goods through tariff-free in order to prevent food shortages, which would have clear benefits for Australian exporters.

From an Australian perspective, it would be logical to be a bit skeptical of such a political union, especially given the UK’s recent experience with the EU. Both sovereignty and migration, which arguably were main reasons in the UK’s decision to leave the EU, were also issues in the last Australian federal election.

However, CANZUK focuses mainly on freedom of trade and movement and hence there would be no overarching institutions like the EU or European Court of Justice which would be issuing directives to CANZUK countries. Regarding immigration, the CANZUK countries have comparable GDP per capita and standards of living, thus ruling out one-sided migration. In addition, with a common language and culture, assimilation should in theory be less problematic.

Australia could find itself in a very fortunate time and place post-Brexit, with a great opportunity to forge closer ties to the CANZUK countries in this potentially new, dynamic union.

Whilst the outcome of Brexit is still uncertain due to both international and external factors, Australian policymakers should grab the opportunity presented by the proposed CANZUK union with both hands.