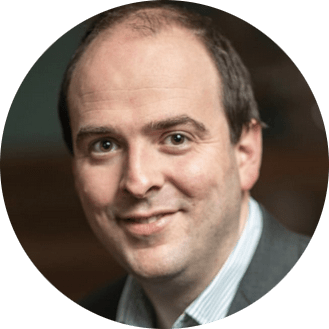 On Saturday, I did my sixth “Lockdown Litterpick”, around the beautiful Bollihope Common. A group of us bagged up five bin bags full of cans, bottles, pizza boxes and the general detritus that had been dumped in one of the most beautiful spots in my constituency.

While chatting to my Association Chairman as the rubbish was collected, one of the volunteers revealed that she had emigrated from Canada to marry a Brit almost 40 years ago. Later that afternoon, I spoke with an old friend who had worked with me when I was a Special Adviser, before getting married and returning ‘down under’ to work for the Australian Government.

And later that afternoon still, on my way to my constituency office, I listened with interest to Times Radio as one of their correspondents gave an update on the New Zealand election – where the newly-elected National Party leader, Judith Collins, seems to be clipping the wings of Jacinda Ardern in an election that had until a couple of weeks ago looked as though it was shaping up to be a Labour landslide.

I mention these things because they too remind us that the ties that bind the United Kingdom with Canada, Australia and especially New Zealand are incredibly strong. Yes, they’re linguistic and historic, but they’re also based on families and friendships, and shared mature democratic systems of government underpinned by the rule of law.

Donate
As has been seen in recent years in both Australia and the United Kingdom, our Parliaments are more powerful than their premiers and the people aren’t afraid of switching out either if they’re not getting what they want. While Britain has spent the last few decades concerned over and trying to reform the nature of our relationship with the EU (which in 1980 made up 30 per cent of global GDP, but has shrunk to just under 15 per cent today), our CANZUK allies have been reaching out into the world.

I am very aware of how much with the grain some of these thoughts are in traditional conservative circles. But it’s increasingly clear to me that the opportunities presented by closer bonds with our Commonwealth allies are not some nostalgic pipe dream, but instead absolutely central to our future global ambitions, as well as the fillip our post-Coronavirus economy will need.

Our trade deal with Australia looks as though it might be one of the most comprehensive of the ones currently on the table, and there are three aspects of it that I’d like to flag.

First, Australia currently has a 20 per cent tariff on imports of luxury cars. Like the UK, the country is also right-hand drive. With our Range Rovers, Aston Martins and other top marques, surely this must be a top target for negotiations.

Second, we’re much more understanding of Australians who want to come and work in the UK than the other way around. As we end our open borders with the EU and look at our Australian-style points-based immigration system, more mutual measures with our cousins in this regard must be a basis of future agreements.

Finally, Canada, Australia and New Zealand are all very developed service sector economies, but even our biggest companies are dwarfed by those of our American cousins. By opening our services sectors up to each other, we’ll drive competition, lower prices, increase productivity and, crucially, enable the formation of global firms with the diversity and reach across the globe.

That’s not to mention the new security integrations between our counties as the power structures of the globe tip towards the Pacific more generally and in which Canada, New Zealand and Australia all have a massive stake. We should be looking to leverage our foreign, defence and international assistance policies more generally on these security and international arrangements, as well as looking to build closer ties with an old ally of manufacturing in the North East of England – Japan.

China’s recent actions towards Hong Kong, the Pacific island nations, the South China Sea and, domestically, to its ethnic minority populations should give us all pause for thought. At the forefront of the minds of our allies across Asia and the Pacific is Chinese outward expansionism, control and internal repression.

For Britain, out into the world is our call now. The tectonic plates of geo-politics have shifted to the Pacific; away from Europe to the wider globe. The world, not just the continent, is where Britain is at home.

Now we’ve got to make the most of the opportunities on our global doorstep – and that starts with building our relationships with our old allies facing a new world on the Pacific rim.