Writing for UK-based political website The Daily Globe, Isaac Anderson explains the close ties that exist between Canada, Australia, New Zealand and the UK and why foreign affairs policy should pivot away from China towards our closest international allies. 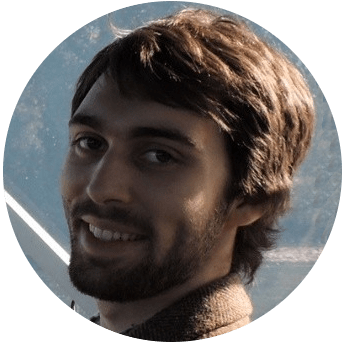 Written by Isaac Anderson
Isaac is a British undergrad studying Political Science and Business on the US-Canadian border.

Hopefully, soon, Brexit will be achieved in its full, glorious finality. Boris Johnson has led the nation towards a successful Brexit as he had promised all those years and battles ago, in the days when “unprecedented” was not in every newspaper article and headline.

He took over from Theresa May whose determination to see through a democratic mandate or three seemed rather unsure.

But now, as we stand on the threshold of arriving back as Global Britain, we must ask ourselves what Global Britain means. Is it merely a nice flashy title? What will Britain stand for in public debate and in the world fora?

We have seen that recently – as we have warned before – the Chinese Communist Party is determined to annex Hong Kong into its totalitarian fold in something which resembles the Sudetenland Crisis. They frequently ignore their violations – and all those who point them out – as being an “internal” matter, as if international law does not apply to nations.

Donate
Similar to how the Soviets did not co-operate and share information with the Allies during the Second World War, even after the Austrian corporal kicked them out of the Axis fold, the CCP has repeatedly dug their heads in the sand and endangered the world in regards to COVID-19.

With great statesmanship, the British government have finally begun to face the reality of a rogue China, terrorizing its citizens and threatening its neighbours, and to push back in the face of it. As we have called for before, the Government has announced that all ‘British Nationals (Overseas)’ have the right to come to the UK and gain citizenship & residence. This, in and of itself, is a great step forwards. Indeed, in memory of between 20-45 million victims of the CCP’s malevolent malfeasance towards its own people, we might even call it a Great Leap Forward.

But with great irony, we have seen that one of the Remainer and ‘Little Britain’ arguments may have been true: Certainly, we can punch above our weight, but how heavy are we?

The solution to this, we were told, was that we needed to join together in like-minded blocs of nation-states and that we would be stronger via the nebulous and oxymoronic concept of ‘shared sovereignty’.

But there is more to Global Britain than Hong Kong, and there is more to global democracy, economy and diplomacy than China. And the benefits of EU membership were not worth its cost as was decisively decided.

The obvious solution is a free-willing association of nations with similar backgrounds, interests and policies, without a bureaucratic hierarchy determined to legislate pointless regulations to explain its existence.

And there is an extant organisation already. It’s CANZUK: an alliance of four Commonwealth Realms with similar aims, goals and culture. Here at the CRCC and Daily Globe, we’ve written many times about how and why CANZUK would be a great step forward, with the recent articles excellently summarising the economic and societal benefits of CANZUK Free Trade & Free Movement.

In addition to these, diplomatically, we need CANZUK now – and it isn’t just us: the bogeyman of the day is Communist China, which is currently waging an economic war against Australia because the latter asked to investigate the origins of COVID-19 in greater detail.

The problem may change, but CANZUK has proven itself to be a solution in the past, and there is no reason for it to change.

Yes, we are Stronger together, but with whom?

We ARE stronger together with our family, those who share our values, with similar outlooks in life, experiences, goals and policies.