Writing for The Bruges Group, Christopher Lim explains the diplomatic history between New Zealand and the UK and why CANZUK is an easily accessible opportunity of prosperity and opportunity for New Zealand. 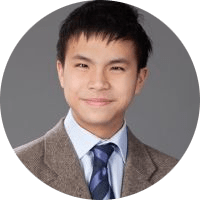 For over 40 years, New Zealand has been keen to engage, but Britain ignored their pleas. Finally, New Zealand can not only engage, but also be part of a bigger alliance – the CANZUK alliance.

CANZUK is a largely economic alliance between Canada, Australia, New Zealand, and the UK based on the principles of free trade and possibly free-er movement. This idea has gained ground in the aftermath of Brexit, as it gives the UK and all the countries involved an opportunity at an experiment which, if successful, shows that power blocs and alliances can be maintained along with sovereignty, as if that hasn’t already been proven.

If there’s one country with the most to gain from CANZUK, in light of ongoing bilateral negotiations, it’s New Zealand. New Zealand’s cultural and economic links with the United Kingdom have remained strong since 1947, when New Zealand was granted full sovereignty and autonomy within the commonwealth. Before the UK joined the common market, New Zealand, along with other commonwealth counterparts, had the British government’s ear. There was a special trading relationship in place which New Zealand had come to rely on. If anything, one could say that commonwealth governments and the historical links between those nations and the UK meant they had a disproportionate influence in British politics.

Donate
The majority of New Zealand’s agricultural exports went to the UK, in addition to visa and residency privileges for New Zealanders. Thus, it was with much concern that, in the midst of the 1970-71 UK-EEC negotiations for British accession to the European Economic Community, the Prime Minister Keith Holyoake was the forefront of a campaign to protect New Zealand interests and ensure that EEC terms didn’t do damage to New Zealand’s vital agriculture industry. He, along with former Australian Prime Minister Robert Menzies, claimed that the special arrangements were to the mutual benefit of New Zealand, Australia, and the UK.

Keith Holyoake, the conservative leader of the New Zealand National Party, who was born into poverty and left school at the age of 12, becoming an MP at 28, and later championing Keynesianism as Prime Minister, should’ve spoken on the same wavelength as his British Tory counterparts, particularly Edward Heath. While his attempts at preserving New Zealand and the wider commonwealth’s special trading relationship with the UK in its entirety, Holyoake successfully negotiated advantageous conditions for New Zealand’s dairy export markets.

New Zealand was, however, still left hanging upon the UK’s accession to the common market. Soon enough, farm subsidies and dairy boards were established to help farmers and quell any fears that New Zealand’s agricultural exports would struggle in the world market. By the early 1980s, subsidies would end up providing some farmers with around 40% of their income. However, New Zealand was changing along with the western world, and their unique history and place today makes it especially relevant to CANZUK and what it would mean for the UK and New Zealand.

In 1984, the Labour Party swept to power in Wellington, defeating the Keynesian conservative Prime Minister Robert Muldoon. The new Labour government came with an agenda of privatisation, restructuring the economy on market lines, and controlling inflation with a tight monetary policy, under the leadership of Prime Minister David Lange and ‘New Right’ Labour politicians Roger Douglas, David Caygill, and Michael Bassett, among others.

New Zealand’s shared modern history with the UK, as shown by the radical changes in their government’s economic approach, highlights the value placed on private enterprise, competition, and parliamentary democracy in both countries.

Politically speaking, New Zealand is the only country where both main parties, the National and Labour Parties, are equally enthusiastic about engaging with the UK. Whilst in Australia, Canada, and even the UK, some politicians and parties still see CANZUK or further UK engagement as imperial nostalgia, New Zealand’s current Labour government, along with the opposition Nationals are already willing to embrace and engage with the UK.