A recent poll conducted in the UK has found that the British public views Canada, Australia and New Zealand as its “closest allies” compared to any other countries in the world.

The poll, conducted by Redfield & Wilton Strategies in the UK, surveyed 2,000 respondents throughout July 2020.

The question posed was: “Thinking about the following countries, please select whether you would consider them more of an ally or more of a threat to the United Kingdom and its interests.”

Responses available were “more of an ally”, “more of a threat”, “neither an ally nor a threat” or “don’t know”.

Canada, Australia and New Zealand received the highest levels of support from respondents, with 63-65% of the British public saying they regard these three countries as primarily being allies for the UK.

Donate
The next closest countries in the results were France, Germany and the USA, who each received 56%, 51% and 44%, respectively. Over 26% of the British public also saw the USA as a threat to the UK and its interests. 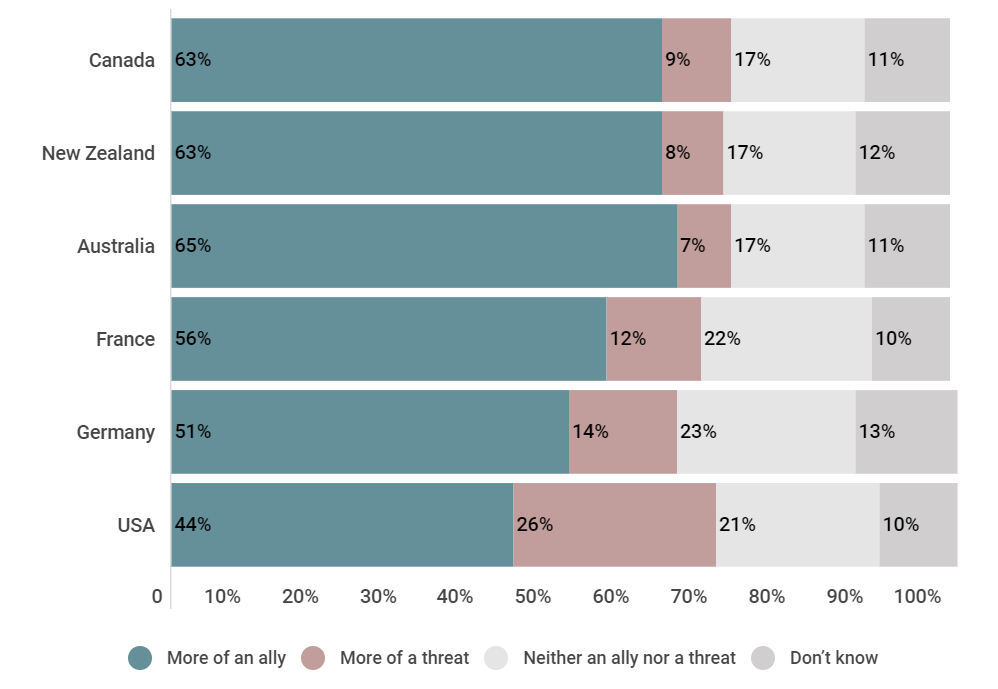 The poll is also testimony to the close relationships that exist between the CANZUK countries and why free movement and trade would be easily implemented due to their close familial ties and historical connections.

CANZUK International will continue to advocate for migration, trade and foreign policy agreements between Canada, Australia, New Zealand and the United Kingdom and ensure that positive sentiment remains between the four countries for future diplomatic arrangements to be implemented.