Writing for The Wall Street Journal, Andrew Roberts explains the logic of migration, trade and foreign policy agreements between Canada, Australia, New Zealand and the UK, and the need for CANZUK to work alongside the United States for promoting prosperity and global security. 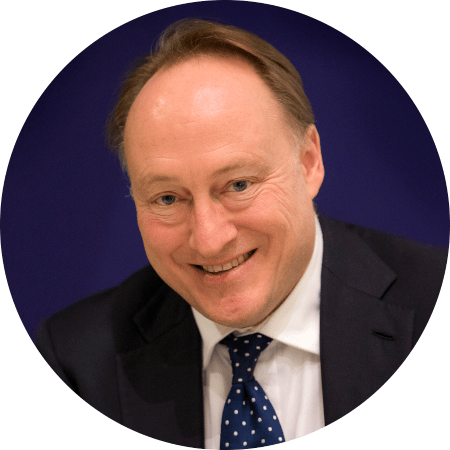 
Andrew is an author, historian and journalist based in the United Kingdom

How will Great Britain survive Brexit and prosper in a world solidifying into the three empire blocs of the U.S., China and the European Union? One answer is to realize the concept of the “CANZUK Union,” a vital first step on the way to a fully functioning Anglosphere.

The Anglosphere is the name given to all those countries in the world where the majority of people speak English as their first language, almost all of which have similar outlooks and shared values.

The four “CANZUK” countries of Canada, Australia, New Zealand and the U.K. are a prominent historical subset of this larger group, and there is a mounting case that some form of federation among them—with free trade, free movement of people, a mutual defense organization and combined military capabilities—would create a new global superpower and ally of the U.S., the great anchor of the Anglosphere.

Prime Minister Boris Johnson’s welcome decision to cut the tech giant Huawei out of Britain’s 5G network and China’s sabre-rattling against Canada and Australia are just the most recent developments pushing the CANZUK idea into the realm of practical politics.

Donate
Others include the projected Anglo-Australian post-Brexit free trade deal and the new multibillion-dollar Type 26 frigate program, which has buy-in from Britain, Canada and Australia. There has also long existed an array of multilateral working groups and committees among the four countries, mostly for defense and security matters but also on issues like industrial standards.

The CANZUK countries have not just a common majority language but a common legal system, a common parliamentary and political tradition, a common military structure and tradition and a common head of state in Queen Elizabeth II. They are, moreover, racially diverse, multicultural countries with a long history of working together, including the period when their military collaboration was, in 1940-41, the sole force on the planet that resisted Nazi totalitarianism. All they lack is geographic proximity, which in the era of the internet and post-COVID renewed air travel is no longer the insuperable barrier it once was.

Although the CANZUK idea traces its roots back to early 20th-century debates over the Imperial Federation, when Joseph Chamberlain was the British colonial secretary, the discussions taking place among its proponents today—mostly conservative policy intellectuals but also a growing number of political figures—are rooted powerfully in the present and in a cool assessment of realpolitik. The CANZUK Union would immediately enter the global stage as a superpower, able to stand shoulder-to-shoulder with the U.S. in the great defining struggle of the 21st century against an increasingly revanchist China.

CANZUK would have a combined GDP of more than $6 trillion, placing it behind only the U.S., China and the EU. Its combined population of 135 million would make it the world’s ninth-largest power demographically, with much higher levels of education and GDP per capita than most of the other eight. And with a combined defense expenditure of over $100 billion, it would also be able to punch above its weight.

All four countries have long been members of the Five Eyes intelligence alliance with the U.S., and Canada’s membership in the North American Aerospace Defense Command (NORAD) would be extended to the CANZUK Union as a whole, with Britain providing a nuclear deterrent and space program and its seat on the U.N. Security Council. The recent news that one of Britain’s two aircraft carriers will now be stationed in the Far East, joining Australia’s two amphibious ships, shows how CANZUK would be able to help the U.S. and Japan contain China’s expansionist ambitions in the South China Sea.

There is no reason why the American taxpayer should pick up the bill of being the world’s policeman forever, and an intimate alliance with CANZUK would provide welcome relief. The cost of curbing and containing China’s global ambitions would become the historic role of not one but two superpowers, as it is clear that the EU has no interest in trying to stop Chinese hegemony in Asia. A strong, prosperous CANZUK Union would make the Anglosphere a force-multiplier in a more uncertain world.

“Provided that every effort is made, that nothing is kept back,” Winston Churchill told a joint session of Congress in Washington on Dec. 26, 1941, “that the whole manpower, brainpower, virility, valor and civic virtue of the English-speaking world, with all its galaxy of loyal, friendly or associated communities and states—provided that is bent unremittingly to the simple but supreme task, I think it would be reasonable to hope that the end of 1942 will see us quite definitely in a better position than we are now.” He was right; by the end of 1942, American forces had landed in North Africa and were joining hands with allies from the Anglosphere to liberate that continent from the Axis powers.

Today, with the further support of a “galaxy” of supportive countries such as Israel, India, South Africa, Poland, Japan and so on, the Anglosphere would be able to face down Russian, Chinese, Iranian, North Korean and other potential threats as we progress through this dangerous century. Churchill would have approved. Indeed, it is his phrase, “the English-speaking peoples,” that gives the Anglosphere its powerful historical resonance.

The old and enduring loyalty, friendship and association among the various English-speaking communities and states has evolved over time, to meet changing circumstances and to seize opportunities. The communities should look to strengthen institutional ties, and create new ones, for the benefit of each of them, and of the world.

Unlike the EU, however, whose leaders refused to disclose its ultimate centralizing goals when it was set up in the 1950s, CANZUK would not seek an “ever closer union.” Its program for a loose confederal state linking the Westminster democracies would be clearly enunciated right from the start.

A second Anglospheric superpower would mean that the political values we share will be better defended and promoted, and a flourishing CANZUK would be a fine neighbor and trading and defense partner for the U.S. As the world order undergoes its most profound transition since the end of the Cold War, it is an idea whose moment has arrived.