Writing for UK-based publication The Student Word, Dominic Stanford explains the benefits of free movement and trade between Canada, Australia, New Zealand and the United Kingdom, and why CANZUK would be a golden opportunity for students across the four countries. 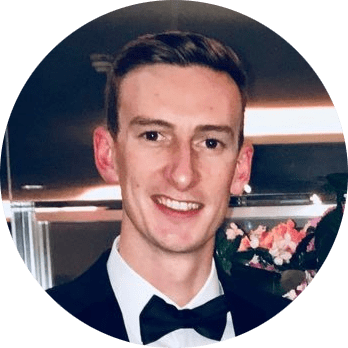 Written by Dominic Stanford
Dominic is a Caseworker for a UK Member of Parliament and based in Birmingham, UK

CANZUK as an idea has existed for decades, but only in recent years has it come to the forefront of debate in the wake of the Brexit referendum.

CANZUK is the idea of a loose political organisation between the nations of Canada, Australia, New Zealand and the UK; bringing together 4 nations with shared history, language and values to cooperate on trade, diplomacy and much more besides.

Post-Brexit, the UK needs to create international relationships as we look out into the world. It represents an opportunity to become a truly powerful force on the world stage through fostering free trade and the promotion of liberal ideals across the world.

Ultimately CANZUK aligns very closely to many ideals that young people hold; not only in the Conservative Party, but in modern Britain. It is the British people’s global outlook and spirit of cooperation with other nations which drew so many towards the ideas of the European Union and increased cooperation with our neighbours.

However, CANZUK goes one step further than this: the loose nature of the relationship means that we can leave the bureaucratic stagnation of the EU behind and forge relationships with countries which are not only multicultural and forward-thinking, but are countries which we have so much more in common with.

Donate
Working, studying, and living abroad is one of the key attractions for today’s young people attending university. Whilst a year abroad has long been considered a vital part of a modern language degree, more and more undergraduate courses now include one as a core part of their offering.

Other than the obvious personal benefit for UK students to spend the best part of 12 months studying in sunny Sydney or working in Toronto, there are tangible economic benefits for students who venture abroad during their degree.

Research has shown that students who study or work abroad are not only more employable after graduation, they are also better paid. Six months after graduation, their average annual salaries are a whopping £1200 higher than their contemporaries who stayed on their domestic campus. A closer union of Canada, Australia, New Zealand and the UK could dramatically increase participation in exchange programs to the benefit of students from across our four countries, particularly those from less privileged families and act as an alternative to the Erasmus programme.

Students from poorer socio-economic backgrounds currently participate less in foreign programmes, with only 5.6% studying, working or volunteering abroad compared to 9.5% of those from wealthier backgrounds. There are undoubtedly many factors for this disparity, but the increasing dominance of students from independent schools on Modern Language courses is certainly a factor.

Linking more of the English-speaking higher education institutions across CANZUK would remove one of the key barriers to students taking part in Trans-National Education: language. An effective union between CANZUK delivered and marketed in the right way could help to close this gap by removing the requirement to speak or study a foreign language.

In a similar way to the Erasmus programme, a Trans-CANZUK exchange would encourage those who would benefit the most from the pursuit of work or study abroad to do so.

Closer cooperation between the CANZUK nations on education could act as an alternative to the Erasmus scheme that so many young people feel passionately about.