Writing for the UK newspaper City A.M., Joseph Hammond and Daniel Mackisack make the case for Canada, Australia, New Zealand and the United Kingdom to develop their future relationship beyond free movement and trade, and formulate a new space agency to benefit research, communications and technology. 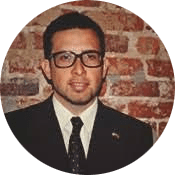 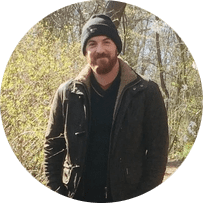 Written by Joseph Hammond and Daniel Mackisack
Joseph is a journalist and the moderator of the Commonwealth Africa Summit. Daniel is a former diplomat who has worked with the UK and New Zealand governments.

For a small country, the scale of the challenge is daunting — and lonely. Not long ago, the United Kingdom had access to the joint space initiatives of the European Union such as the Galileo program, a global navigation satellite system that began operations in 2016. Now, as the UK seeks to go it alone post-Brexit, it is likely to face high upfront costs in further development of space technology.

The potential to be left behind in the resurgent space race is very real.

However, an alternative may come in the form of another potential union of interests that has seen increasing consideration in recent years: CANZUK.

Donate
CANZUK has been discussed as a possible free trade and free movement arrangement between Canada, Australia, New Zealand and the United Kingdom. The proposal is viewed generally positively in all four countries according to opinion polls, but faces criticism from some who see it as an English speaking nations club or a sparse geopolitical conglomeration that no longer has relevance, given the shifting cultures and interests of the countries in question. Others resent the sudden enthusiasm for trade relationships over other priorities.

So while debates play out over the future of trade and movement between old friends, space might be exactly the kind of collaborative project to bring everyone on board — one that makes the 18,000 kilometers between, say, London and Wellington seem like a hop, skip and a jump.

A joint CANZUK Space Agency would allow four different agencies to pool their resources. All four countries are in different stages in their space programmes: Canada boasts the oldest space agency, dating back to 1989, while Australia was the last OECD country to open one in 2018. But all recognise the growing importance of the final frontier.

The reason is obvious. New Zealand’s space agency, for example, survives on less than $7m (US dollars) a year, but even that small amount of investment is projected to stimulate a $1.1bn impact on the economy

The United Kingdom has also seen a similar economic dividend from its space economy, which has grown 60 per cent since 2010 and is now worth some £300bn. And that spending can have a very real impact here on Earth. The UK Space Agency recently announced £3.4m for space-based solutions to development problems ranging from containing malaria to abolitionist efforts to end modern slavery.

All of the CANZUK nations have increased their space budgets in recent years, in realisation of similar correlations. A joint space agency could have a pooled annual budget of $750m and would be the tenth largest in the world.

True, it would be a fraction of the EU Space Agency, Nasa, or Russia’s space programmes, but it wouldn’t be competing to plant a CANZUK flag on the moon. Instead, it would be free to focus on high impact and high value projects such as telecommunications, ensuring satellite networks, expanding coverage and supporting space-oriented startups and research. The arrangement would certainly help the UK reach its 2025 connectivity targets, and similar goals across CANZUK.

It would also be in a position to push for innovation of another sort. The diplomatic clout carried by the four partners would be well-purposed in pushing for critical changes to the Outer Space Treaty. Initially put into place to govern (read ban) the use of nuclear weapons, the scope of the treaty is rapidly being overtaken by the possibilities of the age. Required updates include stipulations on non-nuclear weapons, military operations in space, resource use, land claims, and the very real possibility of corporate planethood.

A CANZUK space agency would be small in the grand scheme of space, but then, what isn’t? It is exactly the sort of policy the current UK government’s new National Space Council should pursue. Indeed, by being smart, effective and well-purposed, it could embody the kind of spirit that still binds these national identities together.

Space is big and cold — but it is also the future.