Writing for HealthyDebate.ca, Anna Wu and Priyank Tyagi explain why a healthcare agreement between Canada, Australia, New Zealand and the United Kingdom would improve scientific research and development, and revolutionize health services across the four countries. 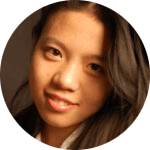 Remember the panic over empty shelves of toilet paper or the sudden drug prescription limit of 30 days? Now imagine an alliance that would have allowed us to be better prepared to handle this crisis.

The COVID-19 pandemic has highlighted numerous gaps in our healthcare systems, be it issues of equity and access as evidenced by the disproportionately affected visible minorities or the inadequate security of our supply chains. The disruptions in personal protective equipment (PPE), lack of adequate testing and drug shortages have been sources of stress for frontline workers, healthcare managers and patients alike.

Our healthcare services are perennially underfunded and overstretched: the pandemic has laid bare our vulnerabilities to physician shortages, high rates of infection (nearly 20 per cent as of September 2020) among healthcare workers, increased healthcare costs, worsening mental health, and chronically underfunded long-term care. Furthermore, the pandemic has demonstrated the lack of an effective international crisis-management system. With global and national realignments the need of the hour, CANZUK is an idea whose time has come.

CANZUK is an acronym for a possible trans-global economic, cultural and political alliance between four Commonwealth nations: Canada, Australia, New Zealand and the United Kingdom. First proposed in Colonies into Commonwealth, a 1967 book by William David McIntyre, the “CANZUK Union” concept was revived in 2015 by James Skinner, CEO of CANZUK International, a Vancouver-based advocacy organization focused on establishing an alliance akin to the European Union. While keeping each nation’s political autonomy intact, the union would allow free trade, shared resources and freedom to live and work between the nations. A 2018 poll conducted across the four prospective member countries indicated strong public support, with 73 per cent of Australians, 68 per cent of Britons, 76 per cent of Canadians and 82 per cent of New Zealanders favouring the alliance.

The similarities between these countries are not just a comparable GDP per capita but mutual values, shared cultures, a colonial past, a common major language, a Westminster model of parliament, respect for common law and diverse mature democracies. A trade deal is the first step toward the alliance but it is the broader agreements on sharing knowledge, resources and collective might that would reap real benefits for member nations. While the CANZUK alliance may reach varying levels of geographical scope and institutional integration, one aspect that is rarely discussed is the association’s healthcare benefits.

Expanding the Reciprocal Health Care Agreements (RHCA) that the U.K., Australia and New Zealand already have in place would mean ready access to healthcare services for Canadians when moving between countries, just like travelling to another province or territory at home. An innovative addition that could be adopted with appropriate safeguards would be e-prescriptions valid across CANZUK nations. This approach has been recently adopted in the European Union, improving access and patient compliance.

With a combined GDP of more than $6 trillion U.S. dollars and a population of 135 million, unquestionably, it is the economies of scale that would benefit all CANZUK nations. Simplistically, this would take the form of collective bargaining for prices and quality standards and, at another extreme, in deploying resources at times of acute need (such as sending teams of firefighters to control wildfires).

Another advantage would be establishing a central command structure for managing the biological risks of pandemics and outbreaks. All member nations would benefit from collaborative governance, an early warning system and synchronized response with local operational control. An online portal would provide a one-stop shop for knowledge exchange, facilitating the discussion and early adoption of healthcare best practices. Through an independent certification process, best practices that users can search and implement would be published. This could involve some level of outcomes reporting of quality metrics or benchmarks by the health systems. As research has shown, such data sharing leads to better adoption of best practices and novel technology.

The pooling of services and broader adoption of standards and regulations would benefit the member states tremendously. A case in point is that the larger pool of resources and population would hasten market surveillance (Phase 4 of clinical trials) with a larger sample size from which to accrue data and more scientific teams to perform analyses. Also, the adoption of standards across the alliance would lead to a robust and proactive safety framework. For example, if a new device is recalled in Australia, the information would trigger an investigation and possibly a similar recall in a pan-CANZUK medical safety program.

Sharing resources would also help in the effective distribution of research and development costs in the pharmaceutical sector, addressing redundancies and enhancing treatment innovations. Essentially, a faster translation of such efforts into the practical domain. This strategy would help the prospective nations address supply chain vulnerabilities by decoupling dependence from monopolistic suppliers either through securing contracts with multi-national vendors or, wherever possible, domesticating production. It would be prudent to include training-exchanges in clinical specialties and mutual-equivalence recognition of medical standards and certification, tapping into teaching innovations and enhancing the job-ready workforce to address our persistent human resource shortages.

Some may disagree with CANZUK, deeming it a racist idea promoting the revival of imperial power. But the reality is that all CANZUK nations are demographically diverse, with minority groups fuelling their nations’ progress. We ought to look beyond our borders as it is a collective responsibility to make each one of us feel at home, welcomed and safe. This is vital because our security and access to healthcare are being threatened amidst the most significant public health challenge in recent human history.

While it may not be the magic pill capable of solving all our problems, it would, without a doubt, improve our systems manifold by addressing common challenges and adopting best practices. The EU has already reaped the benefits of an inter-nation collaborative approach to healthcare. CANZUK, for one, seems like an idea worth pursuing to find common ground for a better tomorrow.

“The definition of insanity is doing the same thing over and over again but expecting different results,” as Albert Einstein is famously credited for stating.

Instead of repeatedly trying to fix our healthcare problems with the same solutions, let’s break the cycle of insanity by taking a new step: CANZUK, a way forward for healthcare.