Writing for The Telegraph, Jonathan Saxty argues the case for the UK to advance relations with Canada, Australia and New Zealand for post-Brexit prosperity and to challenge hostile actors on the international stage. 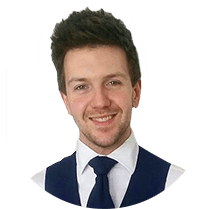 
Jonathan is Assistant Editor of Brexit-Watch.org and a Contributor to The Telegraph

Finally, some good news as we look to the post-Brexit and post-Covid era. The UK is set to announce an enhanced multi-billion-pound trade deal with Canada.

Speaking at a Conservative Friends of Australia Zoom event, Liz Truss, the International Trade Secretary, announced the news. In addition, Ms. Truss said that negotiations are ongoing with New Zealand, while a “deep trading relationship” is being discussed with Australia.

The UK is planning a “single trading area in digital and data, greater financial services [and] investment” between Australia and the UK, adding that “what we want to achieve between the UK and Australia fundamentally is that it should be as easy selling from Yorkshire to Lancashire as it is selling Yorkshire to Victoria, Australia.”

What is notable is that in the post-Brexit world, the UK is pivoting not just to the Anglosphere in general (note the overtures to the US) but to its CANZUK siblings in particular. CANZUK – standing for Canada, Australia, New Zealand and the UK – represents a long-overdue drive for closer ties between the four Commonwealth realms.

It was a historic mistake for Britain to have turned its back on its Commonwealth siblings when it signed up to the Common Market. In any other time, sharing a head of state and commander-in-chief – as well as a language, legal system, political system, family ties and cultural ties – would be seen as constituting some form of union. Moreover, boosting exports with trusted allies is vital if Britain is going for growth.

At a time when geography has never mattered less (note the cost of shipping and ease of global communications) but trusted allies have never mattered more, CANZUK is the natural follow-on from Brexit. At a time when the Withdrawal Agreement has clipped the UK through the Northern Ireland Protocol – with Northern Irish firms potentially hit by EU state aid restrictions on UK Covid loans – CANZUK would expand the UK’s reach and influence dramatically.

It is also an idea whose moment has arrived. The Canadian leader of the opposition, a man very likely to become Canada’s next prime minister – Erin O’Toole – is a noted CANZUK champion, while sympathetic noises have also been heard from the New Zealand Prime Minister Jacinda Ardern, suggesting this is not merely a pet project of the political Right.

Meanwhile, given hostile actors in the world, the recent and slightly concerning strategic defence review, the increasing unwillingness and inability of the US to carry the Western alliance unilaterally, and the incompetence and inability of the EU to cohere as a geopolitical force (or even an economic one), CANZUK is a much-needed addition to the bruised and battered Western alliance.

Ignore the naysayers. The comparatively small trade sums between the four realms should alter dramatically in a Covid era where trusted traders are vital, while the small sums in any event reflect the misguided British pivot towards Europe (which seems now to be over), as well as an Antipodean-Canadian pivot to Asia, which looks set to wane in the post-Covid world.

The UK – one of only two countries in the premier league of higher education – can match its old-world knowhow with the new-world dynamism of Australia, Canada and New Zealand, potentially the least unhealthy countries of the Western world, with the strongest growth potential in terms of both population and economies. Just glance at a global population density map to appreciate this.

At a stroke, CANZUK would represent the world’s largest polity and its third largest economy, with unprecedented geopolitical reach and interoperability potential, augmenting the Western alliance at a time when many other actors seem to lack the ability or willingness to step up.

Opening up labour markets between the four should be a no-brainer, considering the comparable living standards (meaning one country is unlikely to see an exodus towards another), existing migration ties, a common language, and the ability to mutually recognise many qualifications and standards. This idea enjoys widespread support across the four countries, according to data collected by CANZUK International.

CANZUK is vital for all four countries’ interests as well as the wider West (and yes, CANZUK could and should be widened to include all Commonwealth realms). The time and conditions are right, and this is not the moment for strategic shrinkage. Why would the UK voluntarily relegate itself in such an uncertain and dangerous world?

It is long overdue that the UK came home to its natural friends.