Writing for The International Strategic Studies Association, Greg Copley AM outlines the effects of the new Australia-UK trade deal and what it means for the future relationship of the two nations and their place in CANZUK. 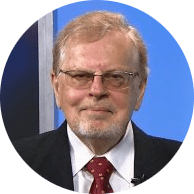 
Greg is the President of the International Strategic Studies Association based in Washington D.C.

UK and Australian Prime Ministers Boris Johnson and Scott Morrison on June 15th 2021, agreed a comprehensive free trade agreement (FTA), the first of which the United Kingdom had negotiated and concluded since it left the European Union at the end of 2020.

The event, finally negotiated during the G7 summit in the UK, was of great strategic and social, as well as economic significance to both countries, and began the process of cementing some of the broader, unofficial goals of eventually creating a CANZUK (Canada, Australia, New Zealand, and UK) bloc.

This would bring back together the three former British dominions with the UK to form a free trade/free movement arrangement which shared common legal systems, common parliamentary systems, a common Sovereign, common approaches to defence, and an already-strong intelligence-sharing arrangement.

But the deal paved the way for the UK to now enter the Comprehensive and Progressive Agreement for Trans-Pacific Partnership (CPTPP), which would bring Britain back into Indo-Pacific trade in a major way.

The UK was also in the process of finalizing an FTA with New Zealand, due to reach “agreement in principle” in August 2021.

The UK-Australia FTA dealt a particular blow to the European Union (EU), and particularly to the Republic of Ireland, in that it meant that much of their agricultural exports to the UK would now be replaced by UK imports from Australia (and later New Zealand).

But what was strategically significant was the fact that Australia was now moving away from economic dependence on exports to the People’s Republic of China (PRC) at a time when the Chinese Communist Party (CPP) was placing constraints on the imports of Australian goods to the PRC.


This is an excerpt from “Defence & Foreign Affairs Special Analysis”. To read the full article, subscribe here.