Writing for Foreign Policy Magazine, UK Chair of the Foreign Affairs Committee, Tom Tugendhat MP, discusses how Australia and the United Kingdom can work together in promoting trade, democracy and international security. 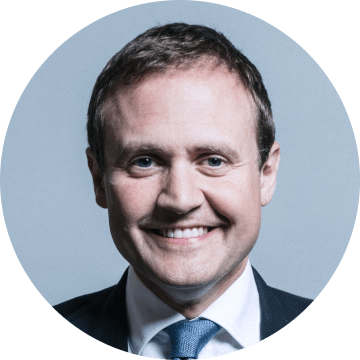 
Tom is a Conservative MP and Chair of the UK Foreign Affairs Committee.

After Australia was hit with harsh Chinese trade tariffs on wine, one country stepped up: In Britain, we took one—or rather several—for the team, and imports of South Australia’s finest surged 30 percent. Britain is now the No. 1 destination for Australian wine.

That’s great for the wine drinkers among us, but a few extra glasses of shiraz won’t be enough for Britain to defend its interests and stand up for its values.

With three geopolitical trends coming together, we need to plan a new future for British and Australian cooperation, as I’ve set out in a new paper for the Sydney-based Centre for Independent Studies.

The first trend is China’s increasing militarization of the Indo-Pacific. Beijing’s territorial and jurisdictional disputes are wide-ranging, engaging countries from Japan to the Philippines. China’s behavior in the region has become increasingly coercive. It has picked fights, silenced critics of its human rights abuses, and expanded island-building across the South China Sea. A free and open Indo-Pacific is at risk.

The second trend looks far less bleak. Under President Joe Biden, the return of the United States to the international stage has been coupled with a renewed focus on bringing allies together. This is remarkably positive and should encourage Britain to recognize that we have strong democratic allies that are keen to be active defenders of our common values and security.

The third element of the changed global dynamic is COVID-19. The disruption unleashed by the pandemic has stress-tested our economies and created space to rethink and reassess. National security vulnerabilities in supply chains—from medical equipment to semiconductors—have exposed the principle of just-in-time production to be based as much on hope as on a contract, with hidden costs if the supplier is unreliable or subject to intervention by a hostile state. We now know that our openness to foreign investment has been another weakness that our strategic competitors have exploited.

Faced with a rising China intent on hegemony, Britain and Australia need to transform their cooperation and bring other partners with them.