The Time Is Ripe For A New Partnership Between The UK, Canada, Australia and New Zealand
April 29, 2019

David Seymour MP, who is the Member of Parliament for Epsom and leader of the ACT party in New Zealand, explains why now is the opportune moment for a new trade and migration partnership between Canada, Australia, New Zealand and the UK to be struck. 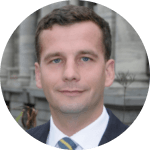 In 1973 the Australian and New Zealand Government entered into the Trans-Tasman Travel Arrangement (TTTA), granting New Zealanders visa-free travel and residency in Australia, and vice-versa.

In 1983 we entered into the Australia New Zealand Closer Economic Relations Trade Agreement (CER) – a pioneering model of bilateral free trade. Today there are dozens of agreements that form a part of Australia and New Zealand’s massively successful economic and trading relationship.

Very few bilateral or multilateral partnerships in the world have achieved CER’s level of economic integration while keeping participants’ sovereignty and identity intact.

The modern relationship means that there is not only free movement of people and capital, but aligned professional and product standards allowing workers who qualify for a profession in one country to work in the other, and making goods certified for sale in one automatically approved in the other.

The result of TTTA and CER since the 1970s and 1980s has been increased trade and migration between Australia and New Zealand. Australia is New Zealand’s second-largest trading partner (only recently nudged back by China). Australia remains by far New Zealand’s largest tourist market.

Donate
There are about 650,000 New Zealanders living in Australia, while the last census recorded 63,000 people of Australian birth living in New Zealand. On both sides of the Tasman, these migrants make up a significant share of the workforce and market.

The free movement of people, ideas, information and capital has made both nations more prosperous. The two countries share a belief in equality, secularism and multiculturalism. We have a common law legal system and a Westminster parliamentary democracy that share common heritage.

The ingredients that have made the Australia-New Zealand relationship a success are also there to support a CANZUK agreement. Canada and the UK share many of the same values that Australia and New Zealand share. All four nations are liberal democracies with an open attitude to the world. The falling cost of air travel means our nations get closer together each year. We are all economically advanced, but have different specialisations that can truly make a free trade and free movement partnership thrive.

The Brexit vote presents Britain with the opportunity to find new partners around the world. Prior to Britain’s entry into the European Economic Community, it was the Commonwealth that enjoyed preferential treatment for trade and migration. A natural starting place for post-Brexit Britain is back with us.

The election of Trump has put the TPPA on ice – it would have been a trade deal including Australia, New Zealand and Canada along with the US and other Pacific nations. The result has even cast doubt over some of America’s existing trade deals, including its deal with Canada under NAFTA. The timing is perfect for a new CANZUK deal.

Free movement and free trade will benefit our economies and will enhance our shared values. We can build on the cultural exchange that takes place when young Kiwis take their Overseas Experience in Britain, or when Canadian tourists take working holidays in New Zealand.

Together Canada, Australia, New Zealand and the UK are 125 million people. We have the potential for huge advancement by allying the best of our innovation, entrepreneurship and culture through free movement. I hope we will grasp this opportunity with both hands.