From research and development to deep space exploration, the idea of a joint-space agency between Canada, Australia, New Zealand and the United Kingdom would propel the CANZUK nations into a new era of technology and communications, argues Philip Day. 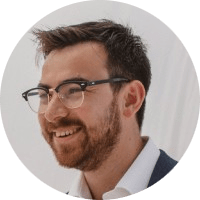 The primary function of the CANZUK space agencies is to create a policy environment which is most closely aligned to the needs of each nation.

These four countries are perhaps the most closely aligned in the world, which provides direction benefits over membership of a larger co-operation such as the European Space Agency (ESA).

There are other difficulties associated with being a small part of a large organisation such as ESA too. The UK provides a significant portion of the funding for ESA including the human spaceflight programme, but the competitive selection of astronauts spans 22 member states and selects UK candidates infrequently. ESA has included a total of 30 astronauts over its history, of which, only one has been a UK citizen.

Therefore, benefits of increased autonomy beyond CANZUK may appear favourable. The Canadian Astronaut Corps has trained 14/14 Canadian astronauts after all. However, there is strength in co-operation. In order for Canada to invest so heavily in human spaceflight, they have had to save in other areas. Despite being leaders in robotic equipment for use in space, the nation has never built a robotic explorer for the Moon, Mars or any other celestial body, whilst the UK was able to fund that before investing in human spaceflight through ESA.

Furthermore, taking the option of CANZUK Space Agency membership does not preclude continued membership of ESA or bilateral agreements with any other spacefaring nations such as Japan. It simply presents a new tranche of opportunities for the four nations to consider, and with such closely aligned political and cultural views, it is highly likely that CANZUK could pursue missions that would never get the funding required through other major space contenders.

So how will a CANZUK space agency be funded?

The UK would contribute the most gross funding, and with proven ability to overspend on single projects of national importance, the contribution to the annual budget would be significant…

This is an excerpt from a larger article. To view the article in its entirety, click here.