Leading MPs and Senators from across Canada, Australia, New Zealand and the United Kingdom have issued a joint-statement committing to the progress of reciprocal migration, trade and foreign policy cooperation between the CANZUK nations.

The statement, signed by leaders of each CANZUK parliamentary group in the four countries, highlights the ongoing collaboration between the groups and ambitions to collaborate on policy development.

“It is our belief that Canada, Australia, New Zealand and the United Kingdom, acting together, could augment their collective geopolitical standing on account of their global geographic footprint,” the letter states.

“Furthermore, there is the highest likelihood of greater prosperity which would come from closer trade links, facilitated migration and reciprocal recognition of credentials and qualifications.”

The full letter is included below and will be forwarded to parliamentary representatives, media broadcasters and newspapers across the four countries in the coming days. The letter also comes shortly after the UK All-Party Parliamentary Group for CANZUK announced that it will launch an Enquiry into establishing mutual skills recognition between Canada, Australia, New Zealand and the United Kingdom which will foster collaboration from MPs and Senators across the four nations: 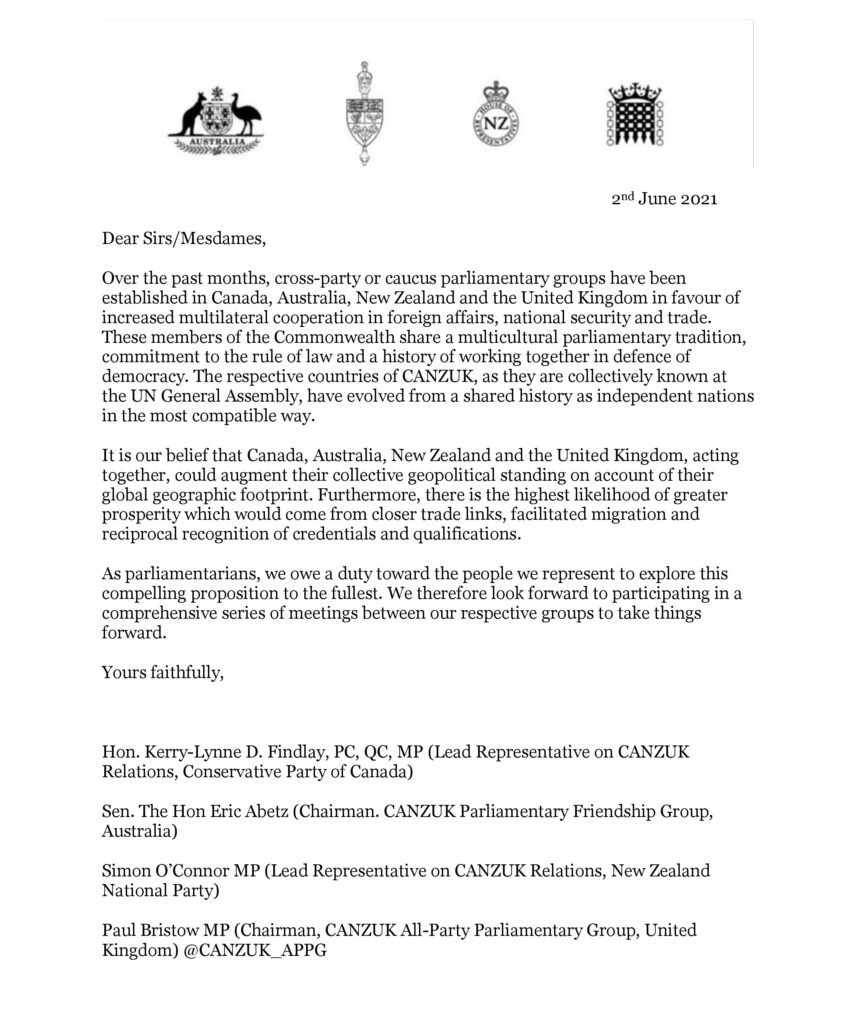 CANZUK International will continue to work with each of the CANZUK parliamentary groups in the coming months and assist with the development of policies pertaining to free movement, trade, skills recognition and foreign policy cooperation between the four nations.