Member of Parliament for Parry-Sound Muskoka (Canada), Scott Aitchison, explains his support for CANZUK in the Huntsville Doppler and the opportunities it presents for Canadians to live, work and travel abroad. 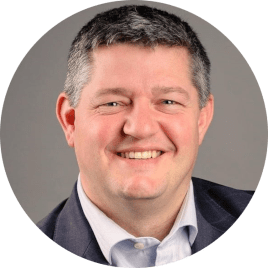 Have you ever heard of CANZUK? It is an acronym for Canada, Australia, New Zealand, and the United Kingdom. It is about establishing closer ties between these four economically and socially compatible countries.

The idea would be to create an alliance of Canada, Australia, New Zealand, and the United Kingdom that would facilitate the free movement of people and trade between us and where we would coordinate our individual foreign policy.

The free movement of people between each of these countries has the potential to benefit all of us in the same manner that the Trans-Tasman Travel Agreement has benefited Australia and New Zealand. This agreement has facilitated economic and social benefits for the two countries through a more efficient distribution of skill and labour between the two.

Research done by CANZUK International has found that support for this concept is highest among young university educated people who love travel and whose skills are easily transferrable. A system which would encourage this ambitious age group to live and work in any of these four countries would help to grow all our economies.

The free movement of goods—free and fair trade agreements—are beneficial for economic prosperity as well. The economic and social similarities between Canada, Australia, New Zealand, and the United Kingdom help to make negotiating such an agreement between us far easier than the negotiations were for Canada and the European Union or the United States. This too could follow upon the heels of an already existing agreement between Australia and New Zealand—the Closer Economic Relations Trade Agreement (CER). While the agreement has evolved over time, it provided for the elimination of tariffs, and today a product that can be legally sold in one country may be sold in the other.

With a few exceptions, anyone registered to practice an occupation in one country may practice in the other. The benefits of the CER had a dramatic impact on both countries as Australian Prime Minister Julia Gillard described in her address to the New Zealand Parliament on February 16, 2011: “Two-way goods trade between our two countries has grown 8 percent a year since CER. Trans-Tasman trade is worth around A$21 billion or NZ$27 billion a year.” The potential for economic opportunity is significant.

Greater cooperation on matters of foreign policy, defence, intelligence, and education also present huge opportunities for all four countries. CANZUK would facilitate a global geopolitical position rather than a regional position for all four countries—a position which would ensure more influence in a world where the voices of vibrant democracies like Canada, Australia, New Zealand, and the United Kingdom are needed more than ever. This coordination could also serve to assist many of the developing nations—particularly those in the Commonwealth—with humanitarian support.

This is an idea whose time has arrived.